Week-In-Review: Regulation Nation Goes Back to the Future

It was a big week for government regulatory bodies here at MetalMiner.

Things got started Monday when the Sixth Circuit Court of Appeals stayed the Environmental Protection Agency’s new controversial Waters of the US rule in all 50 states. EPA has been accused over overstepping its authority to regulate new bodies of water and 16 states have already challenged the new water rules in court. The circuit court’s action extends a stay on the rules in those states to the entire nation. 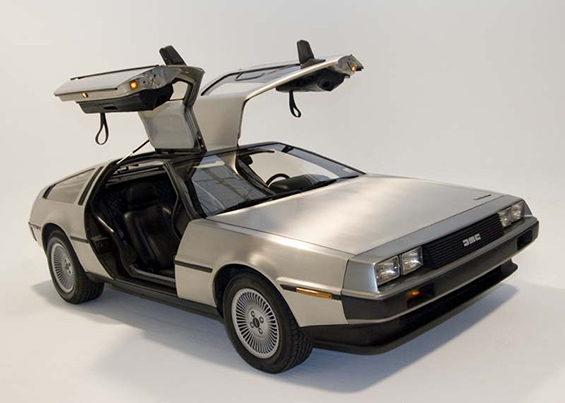 While Back to the Future day is over, our producers would like to go back to the days when cheap imports weren’t killing their markets.

The National Association of Manufacturers called it a “tremendous victory,” as the rule would put manufacturers on the hook to get permits for storm drains, manmade ponds and other “waters.” Good luck in court, EPA. You’re going to need it. Expect more skirmishes like this in the months ahead before the full court decides on the legality of the law.

That’s right, not only is Alcoa, Inc., a huge primary aluminum smelter, and an added-value services provider but it’s also in the hydroelectric power business!

In another case of a court saying “not yours, government,” the state of North Carolina was on the receiving end of the legal smackdown as Alcoa successfully argued it owns the bottom of the Yadkin River, where the aluminum giant was attempting to renew its federal hydroelectric license.

Alcoa had a smelter along the river in Badin, North Carolina for decades before they closed it in 2010. Hydroelectric dams on the river fueled its operations. Since then, Alcoa has taken the power the dams generated and sold it on the wholesale market as Alcoa Power Generating, Inc.

North Carolina argued that Alcoa was only allowed to use the river so long as it was providing jobs via its smelter. US District Judge Terrence Boyle ruled in April that the Yadkin was not navigable before being dammed, undercutting the state’s claim to the riverbed. Then last month he ruled that Alcoa owned the land under the river outright, saying that Alcoa showed it has title to the 38-mile stretch of the Yadkin on which it operates the 4 hydroelectric stations.

This week a key permit will come due for Alcoa’s license renewal process.

A state judge ruled in late September that environmental regulators illegally denied Alcoa a state water-quality certification that is needed to renew its federal license. That judge ordered the Department of Environmental Quality to act on Alcoa’s application within 30 days (next week is the deadline).

The water-quality certification, if granted by DEQ, would say that Alcoa’s hydro project doesn’t harm the Yadkin and would clear the way for renewal of the company’s federal license for up to 50 years.

The new Yodercorp Power Generation Chicago Dam will be set up in the run-off stream behind the alley on my home in the next few weeks. I hope it’s not navigable waters!

India Has Climate Plans, Too!

Our friends in India got into the regulation of greenhouse gases game this week by releasing an “Intended Nationally Determined Contribution (INDC) for 2030.” What’s that, you ask? Other than a title with a lot of qualifiers?

It’s a climate change reduction blueprint document that’s heavy on predictions of greenhouse gas reductions from the world’s 4th-largest polluter (behind China, the US and Europe) and light on the details of how, exactly, India will achieve its 2030 goals. However, as my colleague Sohrab Darabshaw points out, it’s the best starting point India has ever had when it comes to cleaning up its major industries.

Back to the Aluminum Future

This week also saw us reach the actual day, October 21, 2015, that Marty McFly takes the DeLorean time machine to in the 1985 film, Back to the Future!

The Aluminum Association, however, would like to take the DeLorean back to 2013 before imports of Chinese semi-finished products rose 115%.

The Association is petitioning the US International Trade Commission for relief from the flood of imports and will meet with officials from the China Non-Ferrous Metals Industry Association, its Chinese counterpart, next week.

PREVIOUS POST:
A Crossroads For the Dwindling UK Steel Industry, Can EAFs Save It?
NEXT POST:
EPA Clean Power Plan Finally Legal – Let the Lawsuits Begin!