Fuel Cells vs Electric Cars, Who Will win? Toyota/Honda vs. Nissan/Tesla 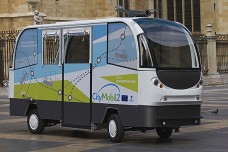 The battle lines are being drawn. On one side are ranged automotive giants Toyota, Honda and Hyundai pouring billions into hydrogen fuel cells (FCEV), on the other are new upstarts like Tesla and established automotive firms like Nissan committed to the Electric Vehicle (EV) market.

A bit like the Sony Betamax versus the JVC VHS video cassette recording formats in the ’70s — or Sony and Blu-Ray vs. Toshiba and HD-DVD more recently — the outcome of this monumental tussle will have far reaching ramifications for the industry and the competition will drive innovation and automotive advancement to the benefit of us all.

Unlike Beta/VHS where competing technologies hit the market at more or less the same time, EV has a clear head start on FCEV but like the video cassette market it may be the eventual winner if it is due to the quality of the product as much as the longevity of the experience. With video cassettes, Beta was generally reckoned to offer a better picture quality, in part because it recorded at a higher tape speed, yet its eventual failure had more to do with the fact Beta 1 only lasted 60 minutes compared to VHS’s 120 minutes. That’s the reason Beta is still used today in television production long after it ceded the home video market to VHS.

In a similar way, boosters of fuel cells are hoping the greater range and quicker fueling/recharging will win out over electric vehicles’ head start. The head start comes not so much in the technology, both energy sources share many of the drive train technologies developed in recent years, but in the number of fueling stations.

Toyota has put billions into the development of it’s Mirai FCEV yet in the UK there are just four fueling stations in the whole country and in the US there are but 12 according to the AFDC — Alternative Fuels Data Center, 10 of which needless to say are in California. Germany, though, is planning 500 hydrogen filling stations creating the infrastructure for a viable market depending on the user and if they are nationwide or just in the main urban areas.

The Mirai is capable of a respectable 340 miles between refueling and takes less time than a gasoline or diesel car, unlike EVs wherein even a rapid charge can take 30 minutes or more. Toyota also makes the point that a fueling station can refuel multiple cars in an hour just like a gasoline/petrol filling station but an EV point can only charge one vehicle, so far that has not been a major issue but if EVs were ever to truly replace gasoline/petrol vehicles charging points would be required at half the parking points in every super market, company office and retail park in the country.

Economically, though, both options remain expensive in terms of capital upfront cost. Subsidies exist in many markets to encourage uptake but the low production runs are still making EV cars relatively expensive.

For the same reason FCEVs are even worse, Toyota’s Mirai is expected to retail in the UK for £66,000, ($100,000 US), comparable to a Tesla but a long way above a comparable gasoline/petrol engine model. Not surprisingly, Toyota is only expecting to sell 30,000 FCEVs in the first five years but according to the Telegraph says “Fuel cells are part of our corporate vision,” and like its Prius which took a long time to take off, they are in it for the long haul.

It will be a fascinating battle of technologies and may result in not one winner but three, conventional fuel, electric and fuel cells. In this struggle, I have yet thrown my hat into the ring as I continue to drive a hydrocarbon-powered, polluting, polar-bear-exterminating, glacier-melting, 4×4, but even I can see the attractions of silent running and low-fuel costs even if they are not yet attractive enough to overcome the capital cost and low range.

Would I go for FCEV? Not with the lack of a refueling network. That is the Achilles heal in the technology, but in the long-run nor would I bet against Toyota and Honda if they remain committed to the cause. They have changed the shape of the industry in the past, and they could, possibly, just do it again.