President Barack Obama today rejected the proposed Keystone XL pipeline, ending the political fight over the Canada-to-Texas project that has gone on for much of his presidency.

Secretary of State John Kerry concluded the controversial project is not in the country’s national security interest, and Obama announced from the White House that he agreed. 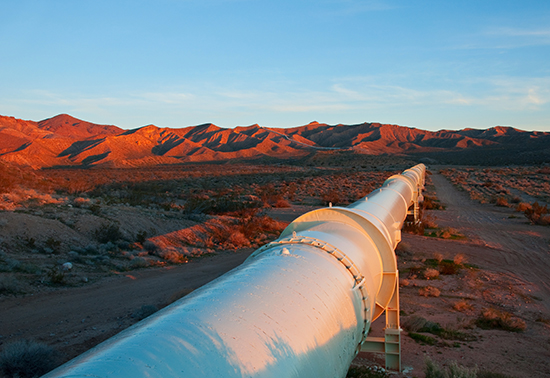 The Keystone XL pipeline was rejected by the Obama administration this morning.

“America is now a global leader when it comes to taking serious action to fight climate change, and frankly approving this project would have undercut that leadership,” Obama said.

The massive project has been a seven-year political football during presidential and congressional elections that has pitted oil companies and Republicans against environmentalists and liberal activists, many of whom were large contributors to Obama’s campaigns.

American Petroleum Institute President and CEO Jack Gerard said the president’s rejection of the Keystone XL is a clear example of politics coming before the interests of US workers and consumers.

“It’s ironic that the administration would strike a deal to allow Iranian crude onto the global market while refusing to give our closest ally, Canada, access to US refineries,” said Gerard. “This decision will cost thousands of jobs and is an assault to American workers. It’s politics at its worst.

Obama said in his conference announcing the rejection that there are other ways to create jobs that the Congress should focus on rather than the pipeline. Previous MetalMiner articles pointed out that the oil from the Canadian tar sands was still reaching US customers, the only difference the pipeline would have made is that it would have potentially freed up rail cars and tankers currently being used to transport it.

The rejection of such a large project could also eliminate a demand driver for steel products such as welded line pipe which now will not be used in the pipeline.

Thomas J. Gibson, president and CEO of the American Iron and Steel Institute said, in a statement, “AISI is disappointed, but not surprised, by today’s rejection of the Keystone XL pipeline by the Obama Administration. AISI has been a consistent supporter of the proposed pipeline through the lengthy federal review process. Our message has been clear: enhancing America’s energy infrastructure is not only critical to our national energy security, but to our economic growth as well.  Steel pipe and tube products are essential to achieving both goals. Moving forward, we hope all policymakers recognize the need to improve our energy infrastructure and make a commitment to do so.”

Recently elected Speaker of the House Paul Ryan (R. Wis.) responded strongly to the rejection, saying that Obama and Kerry’s actions are evidence of an administration that puts special interests, such as environmentalist campaign contributors, ahead of American jobs.

“This decision isn’t surprising, but it is sickening,” Ryan’s statement read. “By rejecting this pipeline, the president is rejecting tens of thousands of good-paying jobs. He is rejecting our largest trading partner and energy supplier. He is rejecting the will of the American people and a bipartisan majority of the Congress. If the president wants to spend the rest of his time in office catering to special interests, that’s his choice to make, but it’s just wrong. In the House, we are going to pursue a bold agenda of growth and opportunity for all.”