What is Essar Steel Doing in Minnesota? Is More Iron Ore Necessary?

Except for the well-connected in India’s iron ore and steel circles, very few know, or care, about the going-ons around Essar Steel’s proposed US iron-ore-pellet production facility in Minnesota. But in the US, it continues to hit the headlines regularly.

At its center are two competitors — Essar and Cliffs Natural Resources. There have been over a decade of delays (accompanied with a series of controversies), but now, the Essar Steel Minnesota project, insists the company, is headed toward completion. The plant is expected to start making iron ore pellets sometime late 2016. 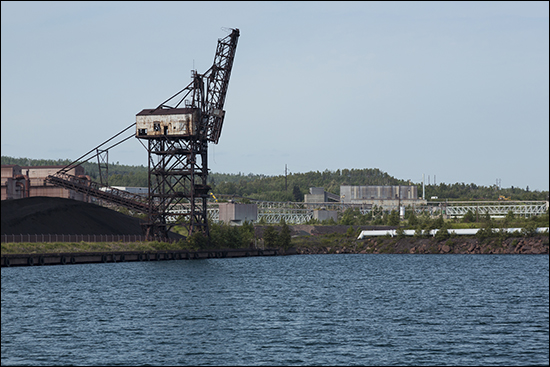 One of the many iron ore ship loaders in Minnesota. Could Essar Steel’s production facility revive the iron range? Source: Johnsroad7/Adobe Stock.

Essar plans to produce 7 million tons of processed taconite pellets a year. This may ultimately go to ArcelorMittal’s Indiana steel mill near Chicago, as well as Essar’s own steel mill in Algoma, Ont., Canada.

Essar received about $70 million in state grants and state loans after taking up the project in 2007 to build one of Minnesota’s only integrated taconite and steel mills.

Yet, the journey so far has seen its ups and downs. Earlier, Essar admitted that problems with financing caused delays, and that changes in the industry landscape forced a realignment of the $1.9 billion project to the taconite plant. But of late, the company has maintained, in response to its detractors, that the taconite plant is about 85% completed, and that it was expected to complete construction by mid-2016 and begin producing 7 million tons of taconite pellets annually during the second half of the year.

Yet, potential competitor Cliffs reiterated in late October that the state insist that Essar Steel Minnesota pay back the $70 million in state grants and loans because “the project had failed to meet construction and project timelines and other promises.”

What further drove Cliffs’ demand was the fact that the Essar plant was opening up at a time when taconite producers have been stressed by overcapacity and historically low pricing worldwide. Cliffs and other producers such as U.S. Steel, Magnetation, and Steel Dynamics laid off workers in Minnesota when they were faced with low ore prices, and that’s not even mentioning competition from cheaper steel imports from China into the US.

The Minnesota plant, many claim, will also be the only North American plant that can produce both traditional fluxed pellets for blast furnaces and also “DR-grade” pellets to be made into directly-reduced iron that can be used in electric arc furnace mini-mills.

According to this Duluth News-Tribune report, Essar had to inquire for months to secure funding to finish the project, and finally borrowed about $800 million late in 2014. Almost as much had already been invested directly by Essar earlier in the project. The cash infusion was, supposedly, enough to pay contractors and vendors and carry the project to completion.

The recent salvo from Cliffs, though, came after reports of fresh cash flow problems for Essar Minnesota, but an Essar official assured the Hibbing Daily Tribune that payments were being made to all contractors.

Despite earlier accusations by Cliffs that the project may never get completed, reports coming in indicate work is in progress at the site.

This advances comes despite the fact that the global price of iron ore, which peaked at about $200 per metric ton a few years ago, had dropped to the current level of about $53, which is near the cost of production in the US, especially in a state such as Minnesota with a higher-than-average labor cost.

Critics of the plant have alleged that it was being built at a time when its product simply was not needed. There was no new demand for US iron ore, prices of which continue to be under pressure because of cheap foreign ore going into, well, cheap foreign steel.

PREVIOUS POST:
NAFTA Steelmakers: ‘China Should Not Be Given Market Economy Status’
NEXT POST:
Gold Plunges On a Stronger US Dollar