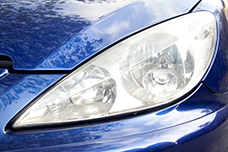 In honor of Throwback Thursday, we are revisiting MetalMiner’s top 50 posts, including this one about one of the first vehicles designed specifically for emerging markets, the Renault Kwid. It’s become one of our most clicked and commented on since its publication last July. Happy #TBT!

Free Download: Historical Metal Price Reports, Where Prices Have Been (And Where They’re Going)

Priced at Rs 300,000 ($4,700) is it certainly pitched price-wise at the emerging markets and at first glance should prove popular in its first market, India, but also in other emerging markets in time such as Indonesia, Vietnam and others.

The attractions are clear, all have massive populations, low per-capita car ownership markets with huge medium-to-long term potential. A Financial Times article explains that Renault had to start from the ground up in designing the Kwid to achieve such a low price.

They based the whole design team in Chennai, the city known as the Detroit of India – a first for a western car maker – using mostly Indian designers and sourcing Indian parts. The concept they say is frugal, innovation and required a completely new clean sheet approach.

Illustrating the problem, the FT quotes Navi Radjou, a management theorist in saying “companies don’t like to learn new things, to be blunt. They try to exploit their existing knowledge, not to rethink what they do from scratch.”

Western businesses see developing economies mostly as new markets where they can sell more of what they already produce. Those that try to come up with something new tend only to tweak existing offerings, which rarely works. GM and Volkswagen may well be cases in point, having poured millions into the market with limited success.

Even Indian firms get it wrong. Tata Motors‘ Nano was certainly cheap when it was introduced in 2009, but it flopped. Spurned, the article says, by rudimentary features and a poor safety record. 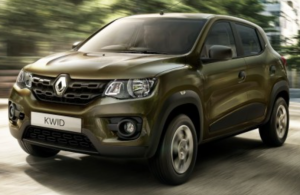 The Renault-Nissan Kwid, a crossover SUV that breaks the $5,000 barrier.

Considerations for high top speed, sharp handling or luxury interiors are of a much lower priority. There are few places on Indian roads where you can achieve high speeds for long and taking bends at high speed has more risks than simply control of your own car as anyone who has traveled in the country will know.

So, setting priorities in terms of features has been a key part of Renault’s approach, but they would argue it goes much further than that. In designing the car they have looked at every component, every production process and sorted solutions that reduce cost.

The firm makes a big point about localization. The degree to which parts are sourced locally, Renault believes, has allowed them to drive down costs. In the case of the Kwid, Renault claims 97% localization, a first in local sourcing for the entire world. Certainly, on the face of it, the SUV-inspired crossover has much to commend it.

It’s roomy, economical – both buying it and actually driving it – with a good level of space and features. It is certainly making both the market and other competitors sit up and take notice. How successful it will be remains to be seen. The Nano arrived with much fanfare only to fail, let’s hope Renault have learned from such mistakes and produced the winner they claim.