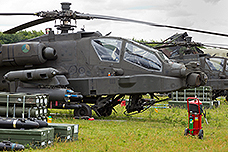 A quiet revolution is going on in India’s defense sector.

It is set to give an impetus to steel, aluminum and composite materials demand in the country. Recently, US aircraft manufacturer Boeing Co. and India’s Tata Advanced Systems Ltd. (TASL) announced a joint venture to manufacture aerostructures for aircraft beginning with the reputed AH-64 Apache fighter helicopter. 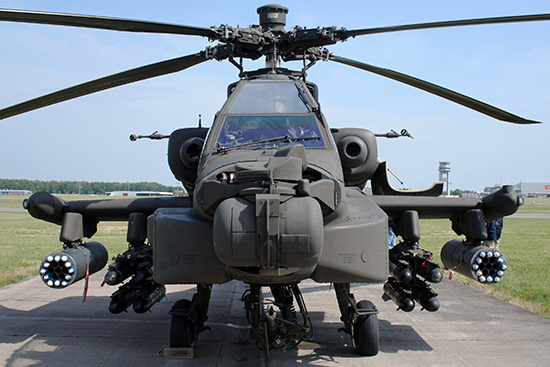 Make in India, in this case, means making Apache helicopters there thanks to a joint venture with Boeing. Source: Adobe Stock / VanderWolf Images

The joint venture, according to media reports, would also then compete for additional manufacturing work packages across Boeing platforms, both commercial and defense.

Currently, as many as 14 Tata companies are providing support to India’s defense and aerospace sector. In addition to TASL. The list also includes Tata Advanced Materials, a company that has delivered composite panels for cabinets and auxiliary power unit door fairings for the P-8I long-range maritime surveillance and anti-submarine warfare aircraft.

Another company, TAL Manufacturing Solutions, has manufactured floor beams out of composite materials for the Boeing 787-9, and provided ground support equipment for the C-17 Globemaster III strategic airlifter.

Just prior to the Tata-Boeing joint venture, the Indian government eased foreign direct investment (FDI) norms for 15 sectors including defense. Under the new law, the government allowed companies to raise foreign ownership up to 49% without prior government approval, in line with the aim to turn India into a manufacturing powerhouse under the Make in India initiative.

In the last year, about 60 defense manufacturing permits were awarded by the government to private sector entities. Compared to the 47 licenses that the previous government granted in the preceding three years, this seems to underline the current administration’s resolve to get going on indigenous defense production. Another 60 applications for defense industrial licenses were pending as of July 2015.

Clearly, defense production, mostly by the private sector in India, is emerging as a hotbed of activity, otherwise it would remain a domain of foreign vendors and state-run bodies. The permits will allow India’s private firms, such as Mahindra, Tata, Reliance and Pipavav, to set up production units for military equipment.

Global manufacturers are awaiting the final draft of the Defence Procurement Policy (DPP), a strategy paper expected to come out this December. The latter will ensure huge dollops of FDI in the defense sector.

India, the world’s fourth largest importer of military hardware, is expected to invest as capital expenditure on defense, an estimated US $245 billion spread over a decade, and will now be looking for much of its requirement from its domestic industry.

According to one report, the annual opportunity for Indian firms—both state-owned and private—is expected to reach $41 billion by 2022 and $168 billion cumulatively.

Orders and deals are being struck almost every second month. For example, in September this year, the Indian Air Force ordered 22 of the AH-64 Apache alongside 15 CH-47F Chinook heavy-lift helicopters.

Last summer, the defense division of the Mahindra Group, Mahindra Defence Systems Ltd., and Europe’s Airbus Helicopters signed an in-principle agreement to set up a joint venture to manufacture helicopters in India. The JV was expected to act as the prime contractor for India’s military helicopter tenders, including the reconnaissance and surveillance helicopter.

India is also about to buy about 40-60 KAMOV 226 helicopters from Russia, and start manufacturing more in India. India’s Defense Minister Manohar Parrikar indicated a few days ago that Russia could manufacture more helicopters in India with a minimum guaranteed understanding with the government.

All this is good news for Indian metals manufacturers because, after infrastructure and automotive, defense seems to be the next big ticket consumer.