Power Costs in the Production of Primary Aluminum 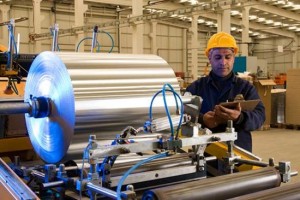 In honor of Throwback Tuesday, we are revisiting MetalMiner’s Top 50 posts with an eye toward illuminating what’s happening in metals today. #TBT This post, originally published Feb. 26, 2009, about the production of primary aluminum, is as relevant to the LME’s new aluminum contracts as it was to explaining aluminum’s price drop at the time.

Since the aluminum price on the LME dropped below $1500/ton, it has been repeatedly stated that some 60-70% of aluminum smelters are losing money.

Electricity alone is generally accepted as representing about a third of the cost of aluminum ingot, although at what sales price that metric is judged is open to debate. We thought it would be interesting to explore what the true costs of production are for a ton of primary aluminum and thereby test to what extent the smelters’ claims that they are losing money are correct.

Free Download: Historical Metal Price Reports, Where Prices Have Been (And Where They’re Going)

As with the steel industry, many of the industry’s woes may have as much to do with low plant capacity utilization as they do with low sales prices.

How Much Does it Cost to Produce One Ton of Aluminum?

Although the newest smelters can be closer to 12,500 kWh per ton, let’s say most smelters are consuming electricity at 14,500-15,000 kWh/ton of ingot produced. With the LME at $1,300/metric ton, that means electricity should be costing a typical smelter $0.029/kWh.

Needless to say, smelters are rather coy about their power cost contracts so it’s hard to verify how prevalent this number is though many smelters are on variable power cost contracts with their electricity suppliers such that the power generators are paid a fixed percentage of the world ingot price. If we take that as one-third, then it’s not only smelters that are losing money – many power generators must be, too.

When US national average industrial and commercial electricity consumers are paying $0.0706/kWh and $0.1013/kWh, respectively, according to the Energy Information Administration, to be selling power to smelters at $0.029/kWh represents a huge subsidy. In reality, power costs to the smaller US smelters are probably higher than this and explains why many have been cut back or idled, but interestingly the same source gives specific power costs for the Pacific Northwest of only two-thirds the national average, suggesting that many NW smelters may indeed still be getting power at ingot-price-related levels.

By comparison, Chinese producers are more open with power costs. The Guangxi smelters typically consume 14,500 kWh/ton and are paying $0.050-0.055/kWh according to China Mining. Power costs of $0.0525/kWh and consumption at 14,500 kWh/ton equates to $760/ton. The domestic ingot price in China as reported on the SHFE is currently $1725/ton, making domestic electricity costs some 44% of the sales price of ingot and may explain why Chinese smelters combined with low capacity utilization due to reduced demand are widely reported to be in the red even at the premium SHFE price for ingot.

Like China, Australia has a comparatively high portion of it’s power generation coming from coal, although being a major coal producer local coal costs are lower in Australia than China. Nevertheless an organization called Earthlife Africa estimates Australian power rates at about the same $0.053/kWh as China, which with ingot selling at LME levels of $1300/metric ton would suggest Australian smelters are incurring an eye watering 59% of finished ingot power cost! We suspect power costs may be tied to ingot prices in Australia as the major smelting groups operating there — Alcoa, Rio, etc — are well-versed in the tactics of leveraging the best deal from local and federal government agencies in return for smelter investments. In addition, Australian smelter costs may benefit from lower bauxite costs than the Chinese as transport costs should be minimal, which could help to mitigate a power cost disadvantage.

Russian smelters on the other hand are built next to massive hydroelectric plants, shares in which many of them own. Electricity costs at Rusal are estimated at $128/ton and the current cost of production at only $1000/ton, so Rusal is still making money even with the LME at $1300/ton. Interestingly the same report says the cost of power is just 12% of the cost of production, suggesting the Alumina, Cryolite, Carbon anodes etc are cumulatively about $880/ton which will be explored in more detail later this week.

Even for those smelters still smart enough or lucky enough to be tied at power costs of one-third of the ingot price with the LME at $1,300/ton, they will be doing well to break even. Add in the fact many smelters are running at well below optimum capacity and the unit price per ton produced suggests they are indeed losing money – which begs the question, why hasn’t more capacity been closed down?