Home | Environment | UK Coal Now Endangered, Can the US Follow Its Lead?
Commentary

UK Coal Now Endangered, Can the US Follow Its Lead? 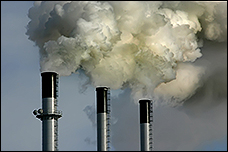 We wrote recently about the probability that coal assets would become increasingly uneconomic if climate change related legislation such as emission caps and carbon taxes heaped costs on the industry that have, so far, been avoided.

Well, an article in the Financial Times gives a glimpse of the future as envisaged by Amber Rudd, the UK government’s energy secretary. Speaking to the BBC hours before a speech on UK energy policy, Ms. Rudd announced a major review of the subsidies the UK pays for electricity produced from natural gas in an effort to encourage the replacement of the UK’s coal-fired power stations with combined-cycle, gas-powered technology ostensibly with a view to reduce carbon emissions

Rudd would say later in her speech that she wants all coal power stations to shut down by 2025. The UK currently produces 21% of its electricity from coal-burning power stations, but those stations produce some 75% of the electricity industry’s CO2 emissions. However, a third of these power stations are expected to close by 2016, so that they meet EU air quality legislation. 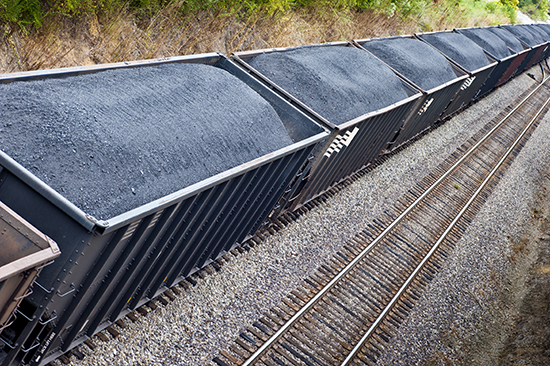 Coal cars may be a thing of the past in the UK soon. Source: Adobe Stock/Carolyn Franks.

Coal creates roughly twice as much carbon dioxide as gas when it is burned for power. According to another FT article this week, research presented by the American Petroleum Institute shows that in the 25 US states with the highest rate of carbon dioxide emissions from their power generation, switching completely out of coal-fired generation and into gas would more than meet their targets for reductions set under the EPA Clean Power Plan.

For once, where the UK leads the US may follow if the current administration can build a head of steam behind emission reductions following next month’s summit in Paris. We say “may” with caution though. The US coal lobby is infinitely more powerful than the UK coal mining industry and, with an export market dwindling fast, can expect to put up a fierce resistance to the suggestion coal-fired power generation should be abandoned en masse.

In the UK, Rudd at least recognizes it is not sufficient to heap emission limits on power generation and expect the industry to sort itself out, switching from coal to other options. A recent auction for peak power provision ended up set to hand hundreds of millions of pounds in subsidies to highly polluting diesel generators, which are cheap to build and can undercut the prices offered even by gas plants.

The auction process could be rebalanced to take emissions into account, but that would not, in itself, encourage the industry to invest in new gas plants. For that, the market needs a guaranteed price which only the government can provide, much as it did for a recent new nuclear power plant project. Investors just aren’t willing to make 25-30 year commitments in such a volatile wholesale electricity market as the UK.

No guesses who will end up paying the price of the governments drive to be the “greenest government” ever, as usually consumers will foot the bill for subsidies, but at least with natural gas they have plants capable of meeting base and intermittent peak load in a relatively less polluting manner and, unlike renewables, with total reliability of supply.

PREVIOUS POST:
US Nonresidential Construction Up 32% in October
NEXT POST:
Nickel Hits a 12-Year Low, Which Metal’s Next?