Zinc Closure After Closure, Yet Still No Bottom

Every time a major producer announces closures the zinc price heads higher only to falter after a week or two and continue it’s downward grind.

Last month, Glencore announced it would cut 500,000 metric tons of output with 100,000 mt to hit this quarter, the London Metal Exchange price promptly jumped 10% only to resume its downward progress after a week or so, hitting a six-year low last week of $1487.50 per mt.

A recent joint statement by the top ten Chinese zinc smelters that they will slash output by another 500,000 mt next year, in an effort to shore up prices, had exactly the desired intent, prices jumped more than 5% on the news. 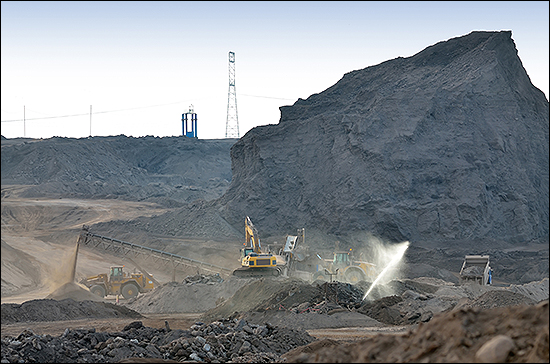 Miners are cutting back zinc production but prices aren’t coming back yet. Source: Adobe Stock/Laurentiu Lordache.

Yet the Shanghai Futures Exchange and the LME are showing massive short positions among open interest. According to Reuters, speculative shorts make up some 38% of open interest, the highest since June 2012. Stocks both on the SHFE and the LME are high; the LME climbed 240,000 mt in August and September. While in Europe, Nyrstar has announced it is considering mothballing another 400,000 mt of concentrate capacity.

That’s 200,000 mt of zinc contained, if prices continue at current levels, and that’s after already shutting two mines, one in Canada and another in Mexico. All in all, the market continues to look desperately oversupplied and, a temporary bounce in prices or not, the world it seems is awash with zinc.

Yet after four years of rising benchmark treatment charges — the costs refiners charge miners for treating concentrates and if they rise it’s usually a sign of a surplus market — they have finally fallen.

Spot treatment charges for concentrate imported into China in November fell to the range of $185-195 per mt, a reduction of $20 per mt from the peak in May of $210 per mt, and the lowest since September of last year.

Sliding treatment charges suggest a tightening market and although we have been here before without a pick-up in refined metal prices, this time it could be the first sign that availability is finally being constrained by miners.

We are hesitant to call the bottom yet. The trend has been relentless and with demand showing no signs of picking up, the momentum is with the speculators, which is downward. Nor are we saying it’s been a speculator-driven market, up to now the market has certainly been in surplus and with slowing demand, particularly in China, there has clearly been nothing to justify prices where they were earlier this year.

The real question is where is the bottom and what will it look like? It won’t be v-shaped. At best it will be flat and we are not there yet, but keep tracking those treatment charges. They may be the first sign that things are beginning to change.