Airbus Testing 3D-Printed Partition for A320, Made With New Metal Alloy

Airbus and Autodesk‘s design studio, The Living, have designed and developed the largest 3D-printed metal part for a commercial airplane in history, what they call a “bionic” partition that is 3D-printed from a direct metal laser sintering (DMLS) “printer” that uses a new super-strong alloy called scalmalloy to achieve the lightness of aluminum with the strength of titanium.

Already used for small parts, often with complex shapes, the Airbus/Autodesk project brings additive manufacturing into the plane’s cabin. The assembly is for a partition that separates the passenger cabin of an A320 from the rear galley. 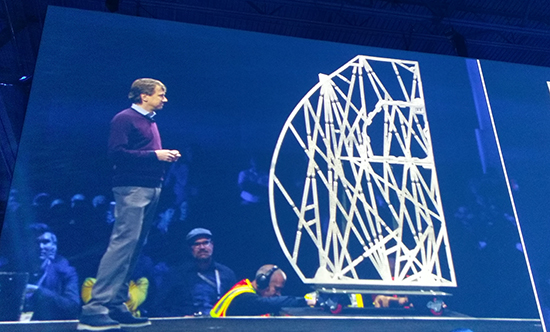 The resulting “bionic” replacement is a stronger partition compared to the current model that also saves 55 pounds in weight. If one final test is passed next month, the new partition will be in every new A320 next year. The companies estimate that using it will remove 96,000 tons of CO2 a year thanks to less jet fuel being burned to transport the lighter partition system.

“The partition is a difficult assembly of components,” said David Benjamin, principal of The Living. “The goal was to reduce its weight by 30%, so generative design was really a necessity. We had very clear goals and constraints. The partition can only attach to the fuselage at four points. You need to be able to cut out parts of the partition to allow a stretcher into a cabinet if necessary. We combined biology, computation in design and a living organism plan followed.”

Based off of organic structures, the new partition is a weblike assembly of connected nodes that uses a small amount of material. It’s not just efficient, but redundant in that the structure could still hold up if one or more weblike nodes are knocked out or off in a crash, or if there was an incident inside a plane’s cabin. 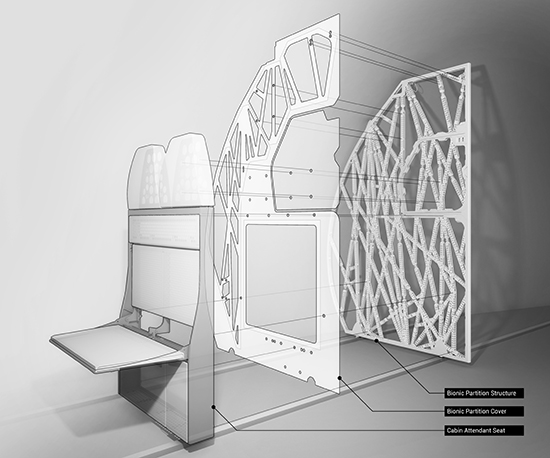 The partition cover, a thin component that’s also 3D-printed, can be customized for the individual airline and its branding. Source: Airbus

The 122 parts that make up the assembly are printed in seven batches to make one entire partition. The finished assembly uses a mixture of materials including scalmalloy, aluminum and magnesium in a DLMS printer.

“Scandium (a rare earth additive in scalmalloy) gives it its strength performance,” said Bastian Schaefer, Innovation Manager at Airbus. “It has a very high-yield of strength. We tested it up to rupture and it performed better than any other current alloys.” 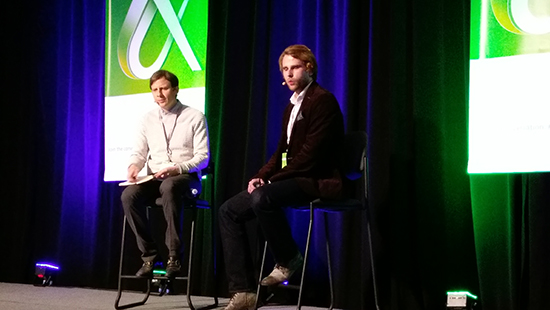 Shaefer said printing speed is still an issue, but that his team believes that better DMLS printers can solve that problem in the near future.

“The load build rate is an issue, but in the next three years we believe that will get better,” Schaefer said.