Why Rare Earths Supply Chains Need to be More Transparent

David S. Abraham runs the Technology, Rare and Electronics Materials Center and is author of “The Elements of Power: Gadgets, Guns And the Struggle for a Sustainable Future in the Rare Metal Age.” His career spans from commodities trading and Wall Street to the White House where he oversaw international and natural resource programs. He is a frequent speaker on rare metals and technology demands.

A recipient of numerous fellowships, Abraham researched the rare metal trade at Tokyo University, Japan’s Ministry of Economy, Trade and Industry and the Council on Foreign Relations. He also oversaw operations of a clean water non-profit, starting the organization’s operations in Japan and Uganda. He recently wrote in a New York Times Op-Ed that our emerging green energy market could quickly create a shortage of rare metals. Below is a discussion about rare metals, particularly rare earth element production and other issues surrounding the metals that fuel the gadgets and technology we love, with MetalMiner Editor Jeff Yoders.

Jeff Yoders: With your background in rare metals — as a trader, researcher and regulator — you are one of the few people who has an intimate knowledge of all facets or rare metal production, procurement and end use. Was this book the culmination of your career in rare metals?

David Abraham: I think I’ve been dancing around natural resources for much of my career. I’m not an expert in one particular area of the supply chain. The book is a culmination of my work trying to understand many aspects of the entire field. I was in commodities trading, I understand the language there, although I wasn’t in it for my entire career, I was in government. I understand government policy-making, although I’ve only been there for a little while, too. I’ve been able to understand the language and perspectives of many different folks and that helped me understand the flow of these materials better. 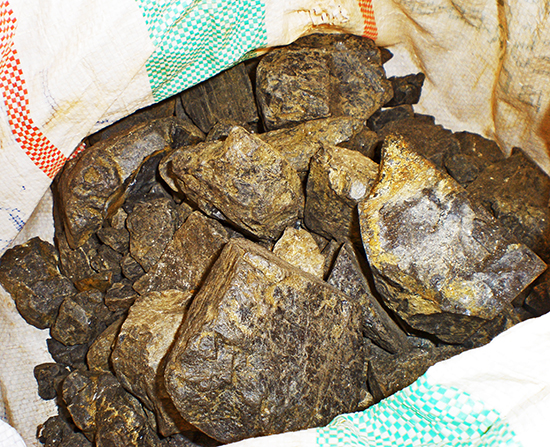 The problem with many rare metals, is that there is no way to track their origins without known warehouses or chains of custody. Many are traded in backrooms in handfuls, such as this Columbite-tantalum ore. There is little to no transparency of sourcing. Source: Adobe Stock/dipling.

JY: One of our founders, Stuart Burns, came to metals the same way. Stuart used his scientific training and business experience to communicate effectively with engineer and buyer, local politician and corporate manager before he and our other founder, Lisa Reisman, started MetalMiner in 2008. They met while both were trading metals. You were really able to explain the the complexity of the rare metals supply chain that we have known about for a long time.

DA: It’s amazing to me and it’s even more amazing (the complexity of the rare metals supply chain) when you draw it out graphically. I was at a conference a few months back and someone drew out the interplay between China and Japan just on rare earths phosphors, you can’t even put it on one sheet of paper because it spreads everywhere. And that’s just phosphors.

JY: Looking at the chapter you wrote about CBMM and niobium, it shows the full scope of how this mineral is mined in Brazil, refined in Estonia and then used to strengthen steel in many nations. Looking at rare earths, do you believe market-based producers can compete with Chinese mines that are mostly state-run? Such as Bayon Obo, the Chinese iron ore mine you wrote about that has a very profitable rare earths business on the side?

DA: Well, I’ll let the market determine that. What we have seen, though, is that when you have to pay back your debt — when you have to absorb all of the operating costs and capital costs, just to get your minerals out of the ground and to process them — when you’re competing against someone who can do the same thing without a debt overhang, with often lower absorbing those operating and capital costs, and you’re still competing with someone who has lower environmental costs, it becomes really hard to compete, especitally when people only want to spend a 3 to 5% premium for your products.

JY: We have not seen prices rise significantly for rare earths in the last 4 years, yet we have seen demand increase for both rare metals and rare earths. How does that square?

DA: : Abundant supply, has overwhelmed demand.  Eventually, increasing demand will have to cause an increase in prices, but with the illegal materials world — that many of these metals are traded in within China — it’s hard to come by statistics that will tell you when that will be. Moreover, we don’t know where these materials are stockpiled, how much of them are in government warehouses, private warehouses, etc.

JY: After the 2010 incident where China stopped exporting rare earths to Japan, do you believe that China’s use of its near-monopoly on their production is a national security issue? Could Chinese producers simply refuse to export their minerals again? Possibly blocking exports to the US?

DA: When it’s something that has happened in that past, there is always a likelihood that it could repeat itself. The bigger question is, is how vulnerable are our supply chains? There are always ways to get materials from one place to another. In the book I wrote about how the US accessed titanium from Russia during the Cold War, despite non-existent trade relations. So, there are always going to be ways to get specialty materials, but it creates a huge risk when your defense supply line goes through another country. Alternatively, the fact that everyone is interdependent also creates some opportunities for collaboration that reduce the specter of war. You have both things going on at the same time.

JY: It’s such a web, with so many shared and competing interests. It makes it difficult to see the whole picture.

DA: Right. Is it true that US security is undermined because we need resources from countries that we consider competitors? I would say yes, but there are also some positive sides to this situation that aren’t discussed as much. Interdependencies can sow the seeds of cooperation.

We will showcase Part Two of our discussion with David Abraham tomorrow. Follow Jeff Yoders on twitter at @jyoders19.