The investigations cover cold-rolled, flat-rolled steel products. It should come as no surprise that the largest subsidies are being assigned to Chinese importers. 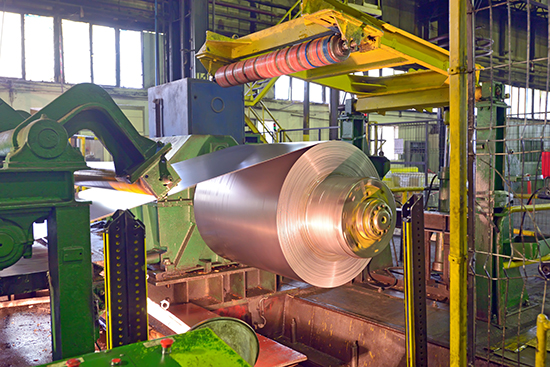 Imports of cold-rolled steel from the China, Brazil Russia and India will now have countervailing duties collected upon import into the US. Source: Adobe Stock/icarmen13.

All other exporters of cold-rolled steel flat products from China will be subject to that same subsidy rate of 227.29%. The rates are based on adverse facts available. Commerce determined that the Government of the People’s Republic of China, and the mandatory respondents, did not fully cooperate in the investigation.

Many Chinese companies do not answer requests from Commerce preferring, instead, to argue their cases later in the appeal process with either the US International Trade Commission or even the World Trade Organization.

For many of these Chinese exporters, this is not their first rodeo with Commerce or CVD investigations and we would expect further action at higher international trade courts. It is a boon, however, for US producers as those 227.29% duties will be required to be collected by US Customs and Immigration at all ports of entry while the case is further argued.

Countervailable subsidies are financial assistance from foreign governments that benefit the production of goods from foreign companies and are limited to specific enterprises or industries, or are contingent either upon export performance or upon the use of domestic goods over imported goods.

The petitioners for the investigations are AK Steel Corporation, ArcelorMittal USA LLC, Nucor Corporation, Steel Dynamics, Inc., and United States Steel Corporation. The domestic manufacturers have long blamed foreign governments, particularly China’s, for illegally subsidizing exports and they have to be happy with today’s decisions. This is also one of the first cases to be heard under Commerce’s newer, more stringent subsidy definitions and, again, domestic producers are likely satisfied with the performance of the new system, even though these decisions are only a preliminary determination.