Home | Commodities | The Federal Reserve Raises Rates, What Does it Mean for Metals?
Commentary

The Federal Reserve Raises Rates, What Does it Mean for Metals?

Well they finally did it.

After a year or more of teasing, the Federal Reserve finally plucked up the courage to tweak interest rates up a minute 0.25% for the first time in almost a decade. The increase draws to a close an unprecedented period of record-low rates stretching back to December 2008, three months after the collapse of Lehman Brothers. In contrast to previous ham-fisted communications this move was well orchestrated and the markets, particularly benchmark ten-year treasuries, barely fluttered in the hours after the move was announced yesterday.

The US dollar strengthened a little against the euro, but weakened a shade against Asian currencies as investors, pleased the waiting game is over, were lured out of safe havens and into emerging markets. 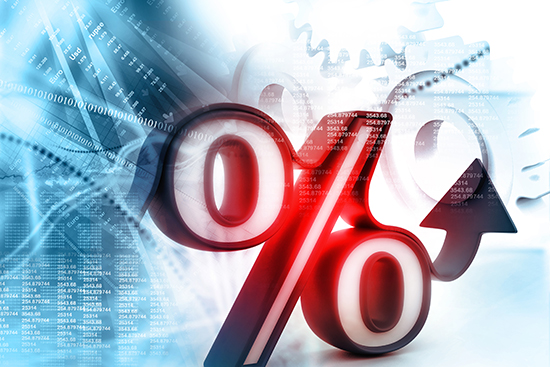 Asian economies, though, are set on a path of looser monetary policy, particularly China and Japan, so any bounce is likely to be short-lived, the Financial Times said. Overall though, the US dollar index rose 0.9% to 98.77%, less than 2% shy of a 12-year high, a level likely to be tested further in 2016.

Most see the Fed’s move as a sign of confidence in the recovering US market. Indeed, the Federal Open Market Committee (FOMC) is quoted by Bloomberg as saying “The committee expects that economic conditions will evolve in a manner that will warrant only gradual increases in the federal funds rate,” and “The actual path of the federal funds rate will depend on the economic outlook as informed by incoming data.”

Which, loosely translated, means we don’t know what the future holds so don’t hold us to any particular timetable for further rate rises. The pace at which further rate rises will be ushered in is the one area of debate, with much depending on the rate of inflation. The Fed’s policymakers have forecast an appropriate rate could be in the region of 1.375% at the end of 2016, implying four-quarter point increases next year. The markets, as reflected by the Fed funds futures, meanwhile are costing in only two quarter point increases for next year — at some point those differing views will have to align with the reality of the market next year.

The main driver will be inflation, the Fed has targeted 2% but inflation has proved not just tame but virtually non-existent. Central banks around the world are worried that inflation is so persistently low that predictions of 2017-2018 have been reduced further. According to the Fed, the economy is expected to expand by 2.4% next year, up from 2.3%, and by 2.2% in 2017.

The core measure of inflation followed by the Fed is not expected to return to 2% until 2018, in spite of unemployment standing at just 5%, lower still than the 5.3% rate that was prevailing when the Fed last kickstarted an interest rate raising cycle in 2004, according to the FT.

Even though employment is high, at least by the Fed’s measure, wages remain depressed. Household incomes remain lower than they were a decade ago when adjusted for inflation, and wages have climbed only sluggishly even as firms hired back workers. Hourly earnings have risen by about an average 2.2% annual pace over the past seven years, compared with 3.3% in the 20 years through 2008. Modest wage increases, low commodity prices and a stronger dollar will all keep a lid on inflation and unless one or more break out of the addressed trends it will create headwinds for the rate of further Fed rate rises next year.

The US isn’t a big enough consumer of metals, globally, to say the steady recovery of the US economy is going to be a driver for higher metal prices, particularly when the tandem strengthening of the dollar is likely to depress commodity prices. The move is, therefore, likely to be relatively neutral for metal prices in 2016 but could be a source of volatility in bond and stock markets if the Fed fails to handle future rises as well as they did this one.