If you need a last-minute gift idea, look no further than Julia Child and Barcelona’s La Sagrada Familia. 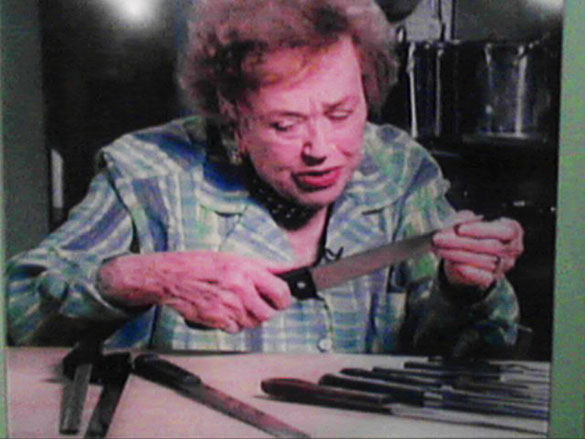 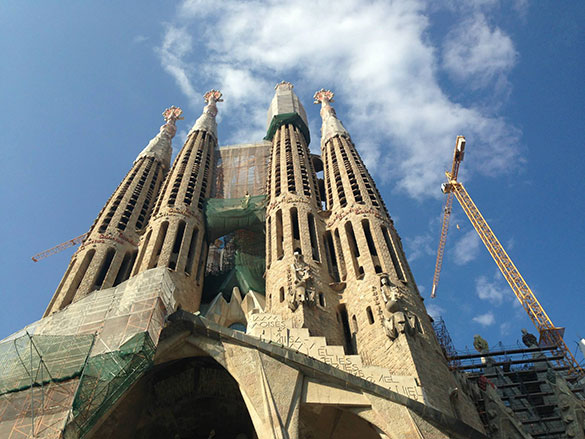 When I visited the historic site in 2013, progress was still — shockingly — slow. Photo by Taras Berezowsky

You see, both icons have recently steered us toward the stainless steel world. Child, for her part, wrote “A Life in France,” which my colleague Katie Benchina Olsen has been reading lately, and in it, according to Katie, Child complains that stainless kitchen knives dull too easily. For its part, the procurement committee of the Basilica of La Sagrada Família, the historic Antoni Gaudí-designed church in Barcelona, Spain, has been sourcing its stainless steel material needs exclusively from Outokumpu since 2013 and recently put out a press release about its supplier relationship with the Finnish producer (although we can’t really decipher the reason for the release, as there’s nothing particularly newsworthy in the whole thing…perhaps a new PO for the next phase of construction, which has dragged on for more than a century?)

At any rate, we thought it funny to riff on an oft-used phrase around the office and in our metals outlook analysis in regards to buying metal forward when prices are falling, which is: “don’t try and catch a falling knife” – in other words, you’re sure to get hurt every time.

If that knife fell from the absolute top of the La Sagrada Familia, it would travel 182 meters (roughly 546 feet) before hitting your unsuspecting, forward-metal-buying-when-prices-are-falling face. (Unless you catch it. Which you won’t.) Traveling at 9.8 meters per second squared, that means…actually I’m not a physics expert, so don’t worry about it. It wouldn’t be pretty. But this fall from this specific maximum height won’t even be able to theoretically happen until at least 2026, when the whole kit-and-caboodle is planned to be completed. (Even still, don’t get your hopes up – this has been a work-in-progress since Chester A. Arthur’s presidency.) 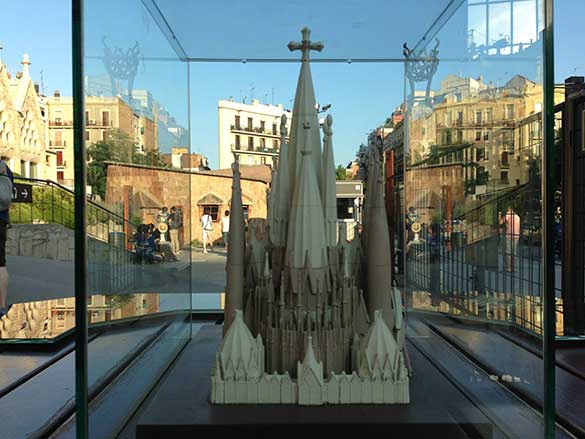 The light taupe – not the brown – represents the planned additions as of 2013, expected to be completed in 2026, with the main spire to reach 182 meters. Photo: Taras Berezowsky

Julia Child didn’t have the luxury of refined stainless grades in her knives in her day.

According to Canada Cutlery, “initially, the cutlery industry was not able to simply take stainless steel as it was invented and use it with total success.” The original work of Englishman Henry Brearley in the early 1870s — right around the time Antoni Gaudi first designed La Sagrada Familia, by the way — had to get refined.

Through the experiments of Brearley, Krupp (now ThyssenKrupp) in Germany, and Dr. W.H. Hatfield, who landed on 18/8 stainless in 1924, “the first stainless steel did not produce blades that held an edge nor could edges be put onto blades easily. It took almost 30 years of expensive research by large cutlery manufacturers to develop the right combination of alloys to produce the grade of stainless steel that is still used today,” according to CC.

If you’re buying a stainless kitchen knife today for a Christmas gift, chances are it’s formed from 400-series martensitic stainless steel, which generally contains between 11.5% and 18% chromium, and is capable of being heat-treated and formed to various hardness and strength levels, according to AK Steel’s spec sheets.

Julia Child would likely be pleased. 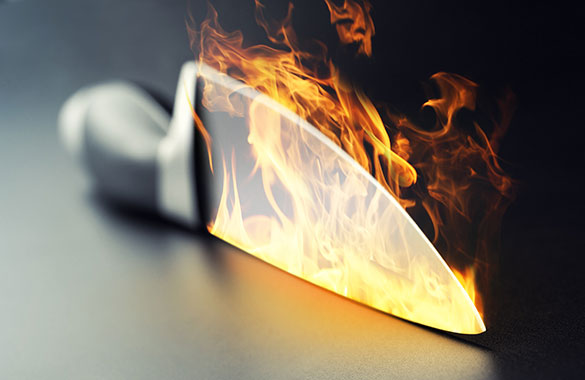 However, some sticklers — like this guy who used to work for NYC’s famed-and-now-closed Chanterelle — swear by their carbon steel knives. Basically, although he has to baby it with an oil rub after every use, he claims that carbon steel knives still actually hold an edge better than stainless, being easier to sharpen, and staying sharper longer. (He even shaves with it.) So if you want a sliced “onion lighter than air,” go with carbon steel — just be ready to put the work in.

What’s the Deal with Sagrada Familia and Outokumpu?

Okay, so whether you go with a stainless or carbon steel knife, you’d still have to hike to the top of La Sagrada Familia to drop it from their Outokumpu-supplied/stainless-girded towers.

The basilica’s purchasing team has been sourcing stainless steel rebar, bar, machined components and plasma-cut plate products from Outokumpu since 2013, and they picked stainless rebar “in the tower structures due to its high strength, exceptional corrosion resistance and reduced lifecycle costs.” The producer will be “delivering products in Outokumpu Forta DX 2304 and Forta DX 2205 grades in easy to assemble sizes and shapes,” according to the release.

Although this release falls in the “not-really-news” category, there are two takeaways here.

“We selected Outokumpu for its valuable technical assistance and also for the high quality of its products,” Mr. Carles Farràs, representative for the Basilica of La Sagrada Família, is quoted as saying. “Outokumpu has been a great help in advising on cost-efficient and long-lasting solutions for our demanding structures.”

Lifecycle Sustainability is Key…Because, Well, Will They Ever Finish It?

“Maintenance is an obvious concern,” Münzer is quoted as saying.

I’d say! They’ve had a heck of a time maintaining just the construction process, which makes for weird incongruity. I’ve seen it firsthand: 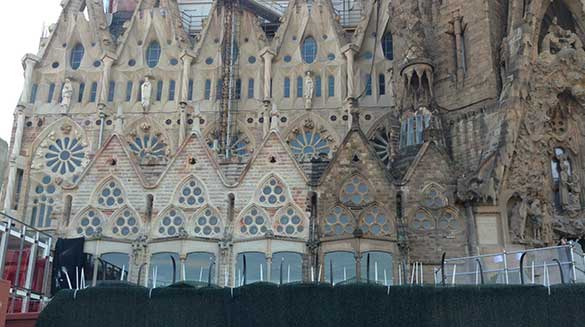 If a metal supplier can help La Sagrada Familia get the whole shebang completed more efficiently, more power to them. That way, your next stainless knife (perhaps made possible by the 400-series martensitic stainless material that Outokumpu supplies for it) can be experimentally dropped 182 meters on someone trying to catch it that much sooner.