AISI: Steel Imports Down in November

Based on preliminary Census Bureau data, the American Iron and Steel Institute reported recently that the US imported a total of 2,351,000 net tons of steel in November 2015. 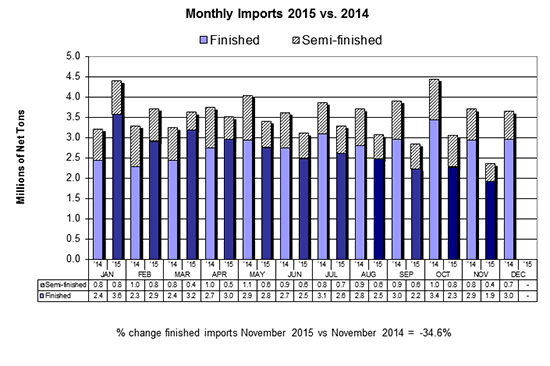