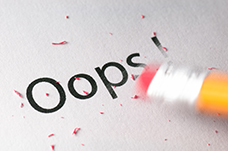 This week, we got to see China close its stock market early to stem massive losses not once, but twice. The second one after only 29 minutes of trading.

China suspended its recently implemented “circuit-breaker” system Thursday, after trading in Chinese stocks was halted minutes into the session because of a plunge in prices. The circuit breaker was a new tool this year that Beijing assured investors would calm the markets and keep massive stock price falls from happening in one day. They just happened on Monday and then, again, on Thursday. Fine work, Beijing.

“After weighing advantages and disadvantages, currently the negative effect is bigger than the positive one. Therefore, in order to maintain market stability, CSRC has decided to suspend the circuit-breaker mechanism,” a statement from the China Securities Regulatory Commission (CSRC) said in a statement announcing the sidelining. 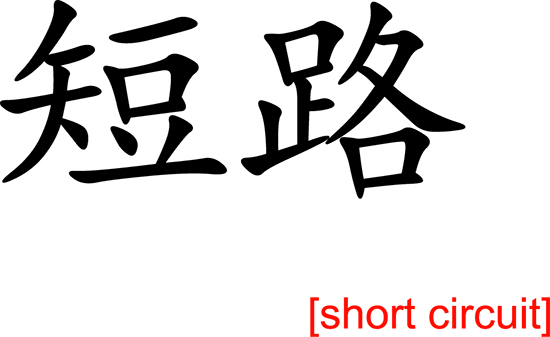 The second trading suspension in China caused global shares to fall sharply on Thursday, with Wall Street opening more than 1% lower and European markets trading 2% down.

What Would Johnny Five Do?

This got me to thinking about other intelligent electronic systems that didn’t work exactly as their inventors planned. Systems such as Number Five, the protagonist of the 1986 Steve Guttenberg robot film, “Short Circuit.” It was a much better robot movie than “Chappie.”

Number Five is part of a series of prototype US military S.A.I.N.T. (Strategic Artificially Intelligent Nuclear Transport) robots built for the Cold War by NOVA Laboratories. The series’ inventors, Newton Graham Crosby (Guttenberg) and Ben Jabituya (Fisher Stevens), are more interested in peaceful applications including music and social aid. After a demonstration of the robots’ capabilities, Number Five is hit by a lightning-induced power surge, erasing its programming and giving it a sense of free will. 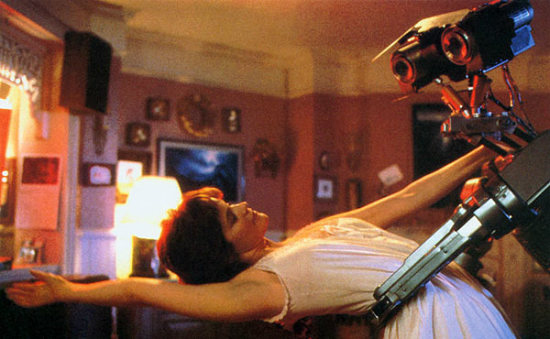 Not only did Number Five gain free will from being struck by lightning, but he also learned how to download information on how to tango with Ally Sheedy. Source: Sony Pictures Entertainment.

Could that be what happened to China’s circuit breaker? Did lighting hit the Shanghai Composite Exchange and affect its systems? Did it gain a sense of free will and devote itself to proving that the free market can’t be controlled by it or any measure the ruling party puts in place to “calm” international markets? What’s more likely is it just didn’t work because it COULDN’T work. With so many other international markets in play and China such a heavy hitter any such system was bound to create the chaos it claimed it could prevent.

But it’s still comforting to believe, at least in sentiment, that pirated Steve Guttenberg movies and code smuggled in by Chinese programmers that had a soft spot for Number Five somehow made a difference in showing Beijing the error of its ways in trying to subvert the will of the free market.

The Circuit Breaker Died to Save The Market

The circuit breaker was supposed to be the ultimate tool to calm jittery traders and control chaotic markets… except the chaos of the market is not a bug that can be edited out. It’s a feature. It reflects the sentiment of traders who want to sell. The People’s Bank of China’s efforts to steer their own currency lower were pounced on by investors who sold in droves, engaging the central bank in a power struggle over who gets to control how far, and how fast, the Chinese yuan declines.

The investors effectively said the only thing that can truly stop the bleeding of selling is lower stock valuations and, hence, prices providing an incentive to buy.

As I type this, China’s major stock indexes have risen more than 2% in early trade on Friday after Beijing deactivated the circuit breaker. The Shanghai Composite gained 2.2% and the CSI300 Index rose 2.4%. In Hong Kong, the Hang Seng Index was up 0.8% by around 8PM here in Chicago.

You may have noticed that we like artificial intelligence and robotics a LOT here at MetalMiner. You may have seen some of our coverage of helper robots, fighting robots and robotics, in general, before. Perhaps the circuit breaker system working, as designed, was the ultimate in robot sacrifice?

Maybe, just maybe, the circuit breaker knew that it had to be disassembled to help its human creators embrace the chaos of the market. Because that chaos doesn’t come from the disorder of destruction or loss of value… it comes from the chaos of entrepeneurism and the creation of value. It’s a comforting thought.