Home | Commodities | US Stocks: Are We In a Bear Market Yet?
Market Analysis

US Stocks: Are We In a Bear Market Yet?

There is a lot of confusion out there on the definition of bull and bear markets.

When Did it Start?

Recently, we’ve seen even “reliable” sources such as the Wall Street Journal horribly define the market we are in. For example, back in November the paper called for a bull market in Chinese stocks. We could only smirk at that news, as the rally looked like a dead cat bounce. Interestingly, last Friday the paper stated that China had fallen to a bear market. The truth is that China entered a bear market back in the summer and ever since it hasn’t got out of it. Now in February, it seems like a bit late to call for a bear market…doesn’t it? 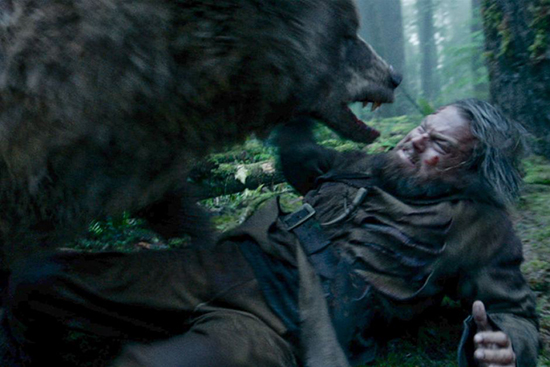 “Okay, fine! It HAS been a bear market since last summer!” Source: 20th Century Fox/The Revenant

Indeed, we consider that stocks with a small market capitalization are already in a bear market, after falling last week to a new two-and-a-half year low.

Generally speaking, small caps are more sensitive to turns in the economy than large caps since smaller stocks are affected by economic weakness more quickly. Many stock leaders and small stocks have begun to break down this year, showing signs of overall economic weakness.The chart above shows the Russell index (includes 2,000 small securities). Last time the index fell to a two-plus-year low was in 2008.

Vote of No Confidence

The problems that China is suffering seem pretty clear at this point. Last week, Chinese shares fell again after reports that some Chinese banks are no longer accepting stocks as collateral for loans. Meanwhile, the latest data showed that demand for bank loans in China has weakened as people lose confidence in China’s markets.

The bear market is not only seen in China but in many countries around the globe. Europe’s economic growth has been weak for years and as China slows down, exports are not working to fill the gap. It’s estimated that 10% of Europe’s exports go to China. Stock markets in Europe have been in a bear market since the summer of 2014.

The currencies for these countries have fallen this year, giving a boost to the US dollar, which is another bearish factor for commodities. Despite this global weakness, many economists aren’t worried about the US since it relies less on trade than any other large economy. But this global meltdown won’t only affect exporters in the US but it will also disrupt any domestic commodity producers. These US companies won’t only suffer because of weaker demand, but because of low global commodity prices. Financial disruptions will be seen not only in the energy sector, but also any of those commodity producers with loss-making capacity and high levels of debt.

There is no way to see the future and many different outcomes are possible. However, one thing is clear: Risk in the US stock market hasn’t been this high since 2008.