Home | Commodities | LME Begins Moving its Ring; Steel Imports Into the US Hit 29% in 2015
Industry News

The London Metal Exchange‘s “ring” is being moved and steel imports into the US hit 29% of the market in 2015.

The LME, the world’s biggest market for base metals such as copper and aluminum, is the only financial exchange to maintain open outcry trading in Europe. While the ring is being moved to the new location today and tomorrow, trading will take place at the LME’s disaster recovery site in Chelmsford, east of London.

Key finished steel products with a significant import increase in December compared to November were wire rods (up 77%), tin plate (up 71%), cut lengths plates (up 65%), heavy structural shapes (up 46%), hot rolled bars (up 20%) and cold rolled sheets (19%). Major products with significant import increases in 2015 vs. the prior year include reinforcing bar (up 38%) and standard pipe (up 13%). 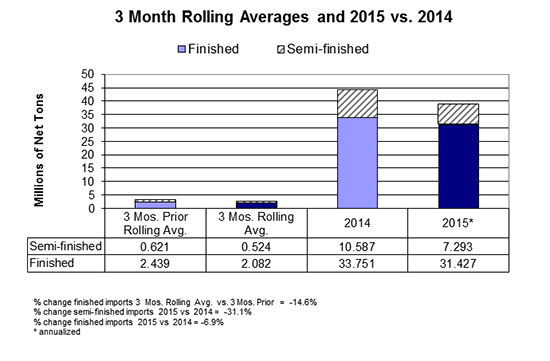