Week-in-Review: How to Battle Cheap Steel Imports? Ban Them!

This week in metals, the US Census Bureau reported initial numbers for steel imports into the US last year. 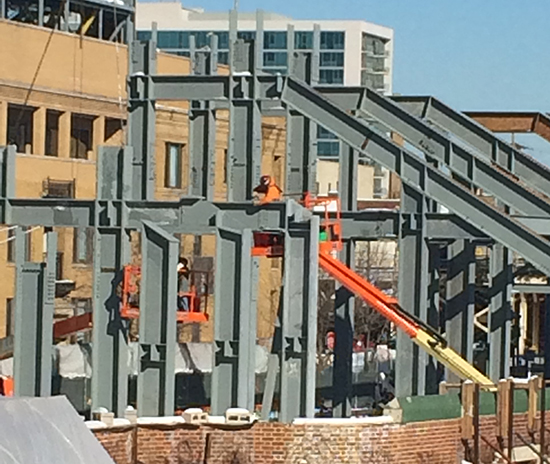 How to combat steel imports? Why not just ban them all? Source: Jeff Yoders

As anti-dumping measures continue to address cheap imports, particularly from China, one bold US Representative has stepped forward with a radical plan. Banning all Chinese steel imports. All of them. For five years.

Rep. Rick Nolan (D-Minn.) represents Minnesota’s iron range, a major iron ore producing region, and he calls for a five-year ban on all steel imports. The federal government currently imposes 157 anti-dumping and countervailing tariffs against foreign-made steel, but they’re often too low, and the trade agreements are too riddled with loopholes for them to matter, Nolan argues.

Not much of a free-trader, is he?

Still, most key finished steel products saw significant import increases in December compared to November. Wire rod was up 77%, tin plate was up 71%, cut-length plates were up 65%, heavy structural shapes were up 46%, hot-rolled bars were up 20% and cold-rolled sheets were 19%. Major products with significant import increases in 2015 vs. the prior year include rebar were up 38% and standard pipe were up 13%.

In the EU, the problem with the reaction to cheap imports is the exact opposite of Nolan’s radical 100% ban. My colleague, Stuart Burns, writes that the questions is whether EU politicians have the stomach for a fight with China over steel imports.

Burns also wrote that Europe suffers from some of the highest power and environmental costs in the world “as politicians try to outdo each other with their green credentials.”

We in the US aren’t immune from such politicians and regulations. The EPA seeks to put similar conditions on energy providers with its Clean Power Plan. States asked the Supreme Court to stay the new rules, which would require utilities and power plants to reduce production of greenhouse gases which the White House says contributes to climate change.

The rules are in effect, right now, as 29 states challenge them in court.

The goal of reducing our dependence on fossil fuels such as oil, natural gas and coal is certainly a laudable one, but the problem that plagues many utilities and power companies is that their grids still aren’t set up to save and transmit power from renewable sources such as solar and wind.

Low oil prices are not encouraging a faster change-over, either. Of course, oil climbed back above $30 a barrel this week so, perhaps, peak oil is closer than we’ve been led to believe.

PREVIOUS POST:
Stainless Steel: The DeLorean is Coming Back Into Production!
NEXT POST:
EU Places Anti-Dumping Tariffs on Chinese Steel, Including Rebar