Ford Motor Company took the automotive world by storm when it announced it was going to construct the iconic F-150 pickup truck from aluminum in 2015.

The very idea that America’s workhorse could be made from something so fragile as aluminum was a complete anathema to some people, but the resulting product on the whole has been well received. 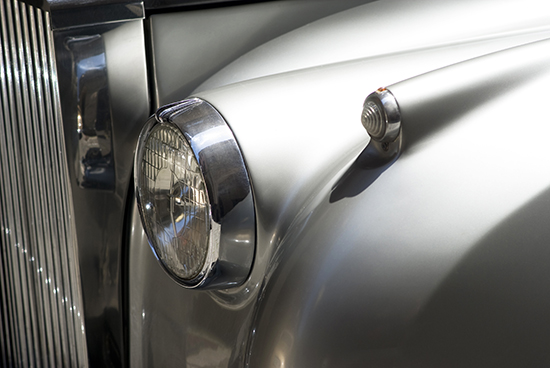 Lighter, more economical and more responsive it can be said in most quarters to have been a success; so much so that Ford has recently announced it will increase the aluminum content in 2017 models.

Despite initially trashing the idea, General Motors has now said it would sink $877 million into its Flint, Mich., truck factory this year with the intention of converting many of the bodies for models such as the Chevrolet Silverado and GMC Sierra pickups into aluminum.

Announcements from other manufacturers have been met with, on the whole, yawns, as consumers have come to expect light-weighting as the new trend and welcomed better fuel consumption and increased towing weights that have been the result.

Well, that’s all fine and dandy as they say in some parts of the world, but there’s a limit, right, for your sports car or your drive to work sedan? Sure, low weights are a good idea but what about your magic carpet, do you want that made out of aluminum?

Well, Rolls Royce, the ultimate word in motoring luxury, is also going aluminum in an effort, principally, to increase fuel consumption but also responsiveness and (if it’s possible) ride comfort. It’s true to say your average RR owner barely considers fuel consumption. Fuel costs are something lesser mortals think about, not the owner of a Phantom, Ghost or Wraith.

But, with a curb weight approaching 6,000 lbs. and a V12 engine displacing 6.75 liters, fuel economy is about what one would expect — 11 mpg in the city and 19 mpg on the highway. It may not be of concern to those that can afford the eye-watering price tag but legislation requires better, a challenge that faces not just Rolls but Bentley and other luxury brands such as Aston Martin.

So, the magic carpet is going lightweight for 2018 with new aluminum space-frame architecture. In fact, all future models hailing from BMW’s luxury wing at Goodwood will use the same modular aluminum-intensive space-frame chassis. Understandably, a company the size of Rolls-Royce — which builds only around 4,000 cars a year — cannot afford to develop different platforms for each model, so even the new SUV crossover known tentatively as Project Cullinan will use the same architecture come launch in 2018. Is it just me or does it sound like, possibly, a Rolls Royce SUV? Nah, I thought not. Doesn’t seem right, somehow, does it?

Anyway, following the initial announcement in February, the firm has now started testing a prototype and heavily disguised versions have been sighted with photos not really giving much away.

The shape would appear to be little changed from the current Phantom, as you would expect the difference would be in the ride, handling and responsiveness, not so much the overall body shape. I guess we can trust Rolls to get this right, they have doing well recently just posting last year’s results. Outside of China, Rolls Royce achieved the second-best annual performance in its 112-year history, the firm sold 3,785 vehicles in 2015, a drop of only 6.8% on the previous year’s record performance in spite of a 54% plunge in sales to China.

We look forward to a road test on the all-new aluminum bodied sedan with anticipation, even if the idea of an SUV crossover still inspires trepidation.

PREVIOUS POST:
Why Not More Renewable Energy Credits for Biomass?
NEXT POST:
Reuters is Calling a Bottom for Most Metals Markets…. Probably