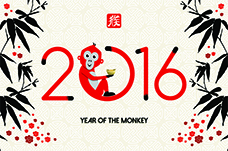 Democratic senators want more restrictions on investment banks activities in commodities markets, including industrial metals. Chinese metal traders are thinking of taking an even longer break for the Lunar New Year due to to low prices.

Democratic senators pressed the Federal Reserve on Wednesday to act more forcefully, and quickly, to limit banks’ involvement in the commodities business.

For months, Congress has been evaluating complaints that the huge commodities holdings of investment banks such as Goldman Sachs and Morgan Stanley pose a risk to the financial system. Businesses and consumer groups have also expressed concern that the banks’ financial heft gives them an unfair advantage over other competitors as well as the ability to manipulate prices for essentials like energy, cotton and food.

Senator Sherrod Brown (D.-Ohio), who led Wednesday’s hearing on the issue, said he was “incredulous” that the Fed had been examining the matter for six years and had yet to make significant changes.

“The Fed’s proposal yesterday was a timid step,” said Brown. “It was too slow in coming, and there is still too much that we do not know about these activities and investments.”

Chinese metal traders and merchants are likely to take longer than usual Lunar New Year holiday break this year, Reuters reported. They are betting that spot demand for metals such as copper will stay weak at least in coming few weeks, industry sources said.

Manufacturers and merchants see weak demand weighing on spot prices that are already at multiyear lows, although some futures prices are higher as investors see demand recovering after the holidays. The most-active base metal contracts on the Shanghai Futures Exchange were up 1-7% on Thursday from late January levels.