Post-Peak Coal: No Way Back as Natural Gas Gains US Market Share

There was a lot of talk last year about coal resources needing to be left in the ground if the world was to reach it’s 2-degree-celsius reduction environmental targets.

The suggestion was that legislation was required to force power generators to switch to less polluting energy sources and, while in the meantime tougher emissions standards have played their part, the market has been much more active than government in encouraging change. 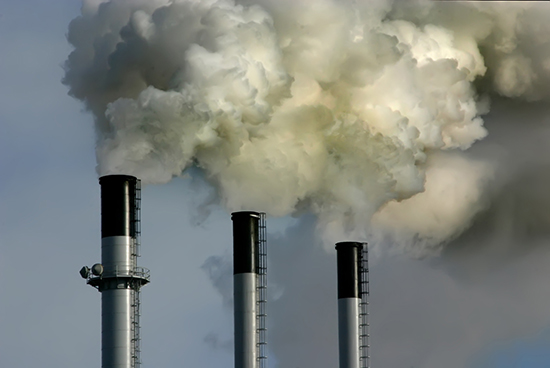 Could 2015 be the beginning of the end for coal-fired power in the US? Source: Adobe Stock/Snap Happy.

A recent US Energy Information Administration report covered by Reuters states that generators produced 101.86 million megawatt hours (MWh) of electricity with gas in November versus just 87.78 million MWh with coal, the lowest monthly level since May 1980 when monthly coal use was 84.88 million MWh.

After more than one hundred years during which coal was the dominant fuel for power generation, some analysts think that when the final data for December is in, 2015 will prove to be the year natural gas took over.

Coal has been declining since its peak in 2007 due to a number of factors, but the low cost of natural gas has been a major element. Gas prices at the Henry Hub benchmark in Louisiana fell as low as $1.53 in December, Reuters reports, and averaged $2.61 for all of 2015, the lowest level since 1999.

Only the cold freeze of January and February last year, when natural gas prices rose to around $3 per million BTUs, and coal prices remained subdued, did we see a spike in demand for coal by generators.

If it had not been for that anomaly, gas would probably already have taken over for the year on the whole. As it was for the first 11 months of 2015, coal produced about 34% of the country’s power versus 33% for gas. While the next biggest sources of power production were nuclear, at 19%, and non-hydro renewables such as wind and solar at 7%, the EIA said.

US power companies have already converted more than 15,000 MW of coal-fired plants in 2015 and it’s reported would have converted more if power prices hadn’t been so depressed, but government is also playing its part.

President Obama announced a moratorium on new coal leases on Federal Lands expected to take three years, during which time new coal mines would not move forward pending the review. It may be a case of closing the door after the horse has bolted. With declining US domestic consumption, declining exports and historically weak prices, coal miners are struggling to survive never even mind raise finances for new mines. Action by state governments will still hasten the process.

New York Governor Andrew Cuomo announced in his State of the State speech that New York State’s remaining coal-fired power plants will close by 2020 and, in California, the Insurance commissioner asked all insurance companies doing business in the state to voluntarily divest from coal companies and said he will also require insurance companies to disclose their coal company holdings.

Coal is clearly out of favor and, after US natural gas prices fell 6% last week on forecasts of warmer weather, it seems the migration to gas is set to continue even during the winter months. Natural gas prices for January fell to the lowest level for the month since 1999 as near-record production at shale formations outpaced demand growth and inventories were at all-time highs.

So far this winter, the power sector has burned, on average, a record 24.6 billion cubic feet of gas per day (bcfd), according to Thomson Reuters Analytics. That compares with 20.8 bcfd during the extreme cold last winter and the 30-year normal of 18.8 bcfd.

On the plus side, the rest of this winter is forecast to be milder than average due to the warming effect of El Nino. Heating demand has already been 14% lower, so far. February is expected to be 9% warmer than normal and March 19% warmer. On the negative side, sooner or later everyone is expecting the incredibly resilient US shale market to respond to low oil and gas prices with wholesale bankruptcies. So far, though, they have clung on and pumped near-record volumes to services debts.

If the supply side was seriously crimped prices for natural gas would rise, but current levels of production could prevail well into the summer… by which time it could be the coal companies fighting for survival.

PREVIOUS POST:
Stainless MMI: No Recovery Despite Analysts Calling For It
NEXT POST:
AISI: Senate Action on Customs Bill Could Come This Week