Almost everyone, by now, has heard of the deadly Zika virus which has prompted the World Health Organization to declare a global public health emergency. But this virus has felled another unlikely victim: a car in faraway India. You heard right.

India’s leading automobile manufacturer Tata Motors never saw this one coming. Its newest hatchback, the Zica, is about to be officially launched, yet, the name, which matches with that of the virus if you ignore the spelling, sent the company into a public relations tizzy. 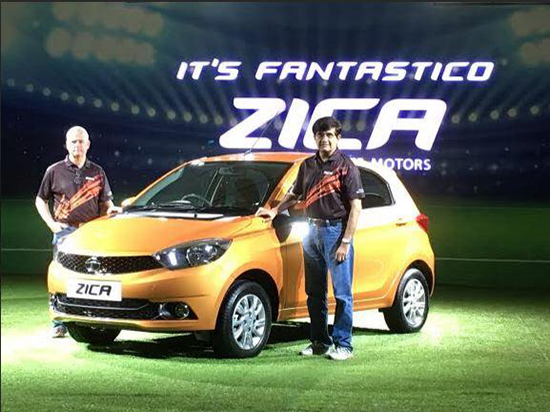 For months, the marketing division spent thousands of dollars on Zica’s promotional activities until the virus Zika came along. Now, Tata Motors has announced a name change, though at press-time, the new name is not officially out yet.

Auto analysts are now wondering whether the change has come too little, too late since the hatchback is to be launched at the Auto Expo in New Delhi on Wednesday. Zica, by the way, stood for “zippy car.”

Sadly, what also turned out to be “zippy” was the rapid spread of the Zika virus.

Zica’s marketing campaign included advertisements featuring football legend Lionel Messi. In another messy coincidence, Zica’s brand ambassador, too, hails from Argentina where the first case of a Zika-infected person, who reportedly contracted the disease after being bit by a mosquito, was from.

New Name But Not Yet

In a statement announcing the rebranding, Tata said: “Empathizing with the hardships being caused by the recent Zika virus outbreak across many countries, Tata Motors, as a socially responsible company, has decided to rebrand the car.”

Tata has said for the time being, though, the compact car will still carry the Zica label. At least until the auto show ends. The new name will be announced in a few weeks.

For auto lovers, the Zica was Tata Motors’ first hatchback offering after the globally famous Nano, billed as the cheapest car in the world. And for those of you out there who love to get your hands greasy with vehicular details, Zica is said to have a 1.2-liter petrol (gasoline) engine or a 1.05-liter diesel engine, both with three-cylinders. The petrol engine will be a new all-aluminum one. Both the engines are paired to a five-speed manual transmission.

Along with the Zica, Tata Motors will be showing off a slew of new models including two forthcoming SUVs. Over 80 vehicle launches are expected at the Auto Expo 2016, with Fiat-Chrysler-owned Jeep making its India debut.