Oil Prices Have Recovered, But It’s No Rally

As a little taster ahead of our analysis of the annual Energy Review from BP (stay tuned for that next week) we thought a review of recent expectations on the direction of the oil market would make an interesting canapé.

That the oil price has collapsed is old news and the recovery the last five weeks has everyone second-guessing themselves. Is this the bottom or just a temporary bounce only for further weakness to follow? 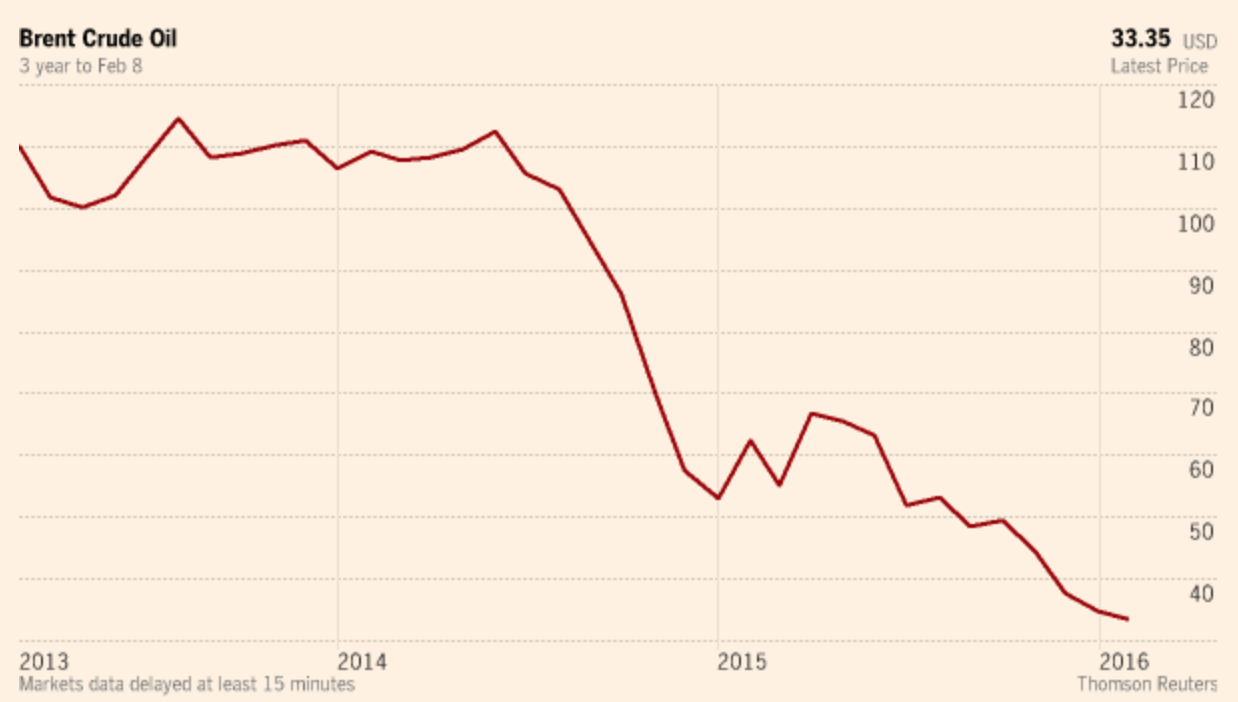 The question is not an academic one. Big users of energy are keen to know if they should be hedging forward or buying short term pending further falls. Consumers of metals know energy prices over the medium term have an influence on prices and any company involved in distribution of their products, or as a service, knows oil prices have a direct impact on transportation costs.

Many developing markets reliant on the export of oil or natural gas are facing dire financial prospects at current prices with default in places such as Venezuela a certainty this year. Much of the blame is put on China’s slowing economy but, in reality, China is importing as much oil as it has ever brought in, albeit the growth in that demand has slowed. The problem is with supply.

OPEC had expected the capitulation of the US shale oil industry long before now. Drillers have proven both resilient and resourceful in maintaining production but new drilling has slowed markedly, a situation that is already slowing production volumes down.

The FT reported last week news from Baker Hughes, the oilfield services group, who said 31 less rigs were drilling last week compared to the week before, the steepest fall in 10 months. Prior to two weeks ago, the rig count was 467 and even that level was some 71% below its peak in October 2014.

Wood Mackenzie, a consultancy, said they expect the number of rigs drilling the more productive horizontal wells in the U.S. to drop from 372 this week to less than 250 in the first half of 2016. Observing that, until now, the drop-off in drilling has had little effect on US crude production, which peaked last April at 9.7 million barrels per day, and by November had only dropped by 376,000 bpd to 9.3 million, but the decline is set to accelerate this year.

The Financial Times states that about 96.5% of global oil production can cover its operating costs with Brent crude at $35 per barrel, including most of the US shale industry, but that does not include the cost of drilling and completing new wells.

Analysts say very few US shale wells can cover their full costs with oil at $30, and as production from existing wells declines, and fewer new wells are brought into production, US oil output is expected to decline.

Nor is the US alone, Wood Mackenzie’s analysis is reported as showing that although about 3.4m bpd of production worldwide was losing money with Brent at $35 per barrel, most of it was not being shut down.

For example, some 2.2 million bpd of Canadian tar sands has considerably higher operating costs but huge sunk investment on debt that needs to be serviced. In addition, once production is closed down it is expensive to restart and damage can occur to the reservoir and the equipment. These producers are hanging on hoping prices will recover but the world’s largest oil trader Vitol is reported in a Telegraph article as saying we may never see $100 per barrel oil again.

In their opinion, oil supply and the inventory that has built up will keep the world so well supplied that for years to come the best producers can expect is an average between $40 and $60 per barrel. Oil majors including BP and Royal Dutch Shell have both said they are looking ahead to a rebalancing of the market in the second half of the year, which could support oil prices at around the $60 a barrel mark by early 2017, but we would expect oil producers to look at things positively. It could be less. How is additional supply from Iran’s return to the market going to do anything other than add to supply?

Of course lower oil prices are having an impact on demand. Global oil demand in 2015 has increased by more than twice its 10-year average according to the FT with continued growth this year expected. As we have seen in the US, low gas prices have stimulated demand for gas-guzzling sport-utility vehicles, and lower natural gas prices — which are linked to the oil price — have had a beneficial impact on the conversion of coal-fired power generation to natural gas.

The same article moves on to a longer-term view, more of which will no doubt be discussed in next week’s BP review, which looks at not so much the next twenty weeks as the next twenty years. But that, as they say, is for another day. For now, the prospects for an oil price increase do not look strong. If we see $40-50 per barrel in the second half producers will be doing well. Some are looking at a further weakening before that.