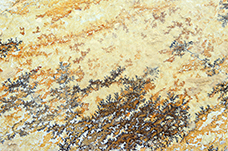 The Commerce Department recently announced an affirmative final determination, and anti-dumping duties, in the  investigation of imports of silicomanganese from Australia.

For anti-dumping investigations, dumping occurs when a foreign company sells a product in the U.S. at less than its fair value. Commerce determined that imports of silicomanganese from Australia have been sold in the U.S. at a dumping margin of 12.03%.

As a result of the final affirmative determination, Commerce will instruct U.S. Customs and Border Protection to collect cash deposits equal to the applicable weighted-average dumping margins.

The petitioner for this investigation is Felman Production, LLC.

Silicomanganese is a ferroalloy composed principally of manganese, silicon, and iron, and normally contains much smaller proportions of minor elements, such as carbon, phosphorus, and sulfur. It is often used as a reducing agent in the manufacture of low-carbon ferromanganese.