Home | Investing Hedging | The End of the World For Stock Markets? Goldman Sachs Thinks So
Commentary

The End of the World For Stock Markets? Goldman Sachs Thinks So 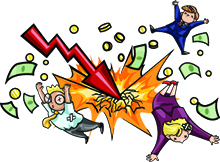 The news this year has been full of volatility for stock and commodity prices, as fear has gripped investors and sovereign wealth funds have dumped shares to raise cash.

Stock markets have had the worst start to a new year since 1980 and gold prices have reversed a four-year decline to give those nursing painful losses cause for some hope that there was some sense in holding onto the yellow metal.

But has it all been a bit overblown? Goldman Sachs thinks so and recommends in a note to clients that they short gold, seeing it falling back from the recent peak of $1,260.60 to $1,100 in three months and $1,000 by the end of the year, according to Reuters.

Are they right? Is the global economy doing better than we are are fearing? From reading the news, one could be forgiven for thinking that the world has gone to hell in a handcart. Anything that could be taken in any way as bad news is given prominence while any good news is being almost entirely dismissed. 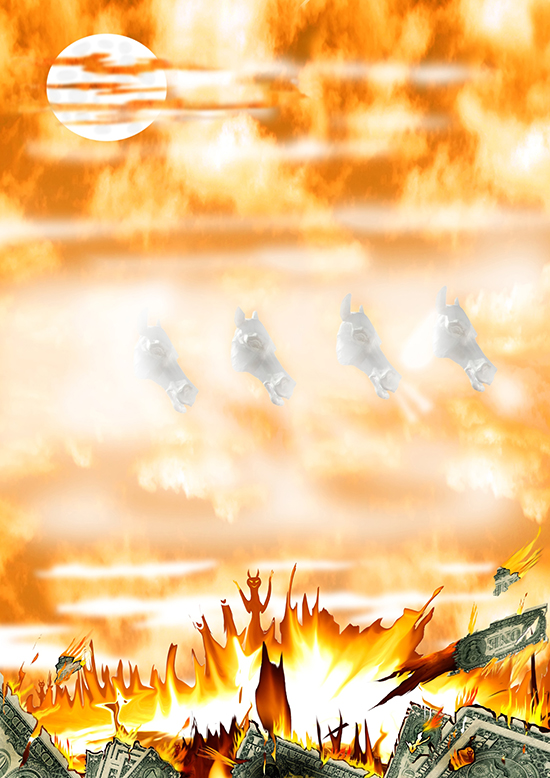 Goldman Sachs predicts that the Four Horsemen of the Apocalypse will not only devour stock and commodity markets, but also laugh while your physical dollars burn in a lake of fire. Source: Adobe Stock/morrbyte.

The reality is the U.S. economy is still growing — not at the rate we would like, sure — but the number still has a plus in front of it and it has had that plus for some time now. Job creation and non-farm payroll numbers may not be quite as good as some would have hoped, but the numbers are still encouraging.

The U.S. dollar hasn’t strengthened to the degree that some forecasters were suggesting would damage the nation’s export trade. And let’s not forget with all the talk of China slowing down, the U.S. is still the largest economy in the world, so U.S. growth is important.

The US and Chinese Economies: Still Growing

China, meanwhile, is still growing. Again, growth may not be at the rates we have been used to but 5%+ is still robust and while there is a transition to consumption rather than production hitting commodity demand, imports of many commodities (steel, coal and aluminum excepted) are still robust.

Inflation remains subdued while wage growth has returned in Europe meaning the population generally has more disposable income, assisted further by encouraging signs of growth in Greece and Spain, strong growth in the UK and Ireland, and no major European economies in outright recession — albeit some of them like France showing minimal growth.

European banks have taken a massive battering this last few weeks with fears that they have not effectively adjusted to the lessons they should have learned from 2008 and both banks and debt remain a major concern but the selloff has been led by European banks and Europe has shown that it is unwilling to let major banks such as Deutsche Bank or Credit Suisse fail.

More importantly, big banks’ balance sheets are dramatically less leveraged than at the time when Lehman Brothers and other lenders were forced to stockpile lots of capital to absorb future losses. The selloff seems to have been led by fears of lending to the energy sector but by some accounts, even in a worst-case scenario, big banks could swallow a write-down of all their energy loans by using just one quarter of their profits.

Talking about energy this way, it seems bizarre that no benefit is being accrued from the largest short-term tax cut in history with the collapse in oil prices. Energy consumers — much of the developed world — will stand on balance to do better with low energy prices while there will be damage to their energy sector firms. It’s as if low oil prices are being treated as a bad thing, economically.

However much they may encourage wasteful use of energy in the longer term, in the short term they are a shot in the arm for consumers and their ability to spend income on boosting the economy in more conventional ways.

Historically, if the Federal Reserve decides to not raise rates the market will rise. When Fed Chair Janet Yellen announced a reduced commitment to staged rate rises this year, investors focused on the view that that meant the Fed knew we were headed for Armageddon and promptly sold the market. In fact, what she said was that the Federal Open Market Committee still maintains that low oil prices, ongoing employment gains and rising real wages should help support growth and that “global economic growth should pick up over time, supported by highly accomodative monetary policies abroad. Against this backdrop, the Committee expects that with gradual adjustments in the stance of monetary policy, economic activity will expand at a moderate pace in coming years and that labor market indicators will continue to strengthen.”

Well, that doesn’t sound so bad, does it?

Goldman Sachs, whatever its employees and executives might claim, does not have a crystal ball to foretell the future or the direction of markets… but it does have a decent track record and when you look at the reality of our turbulent stock markets, you have to think the investment bank may just be right. Again.