Home | Ferrous Metals | That’s Not a Price Increase! Why Australia Has No Cause for Jubilation at Iron Ore’s Rise
Commentary

That’s Not a Price Increase! Why Australia Has No Cause for Jubilation at Iron Ore’s Rise 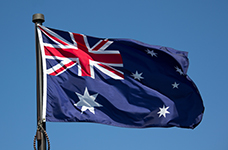 The government is considering revamping the budget projections it only recently made on an iron ore price of $39 per metric ton. As Chinese steelmakers have ramped up production after their Lunar New Year break, the iron ore price has surged more than 13% so far this month to $47.

In the first day after the lunar holidays ended, iron ore rose 5.6%, alone. It’s the first time the price has risen that much after the end of China’s festive season, according to Reuters. In Aussie there is talk about the impact the higher iron ore price could have on government coffers suggesting a sustained free-on-board price of about $44 could add a $1.2 billion windfall by the next mid-year budget, according to the Sidney Morning Herald. 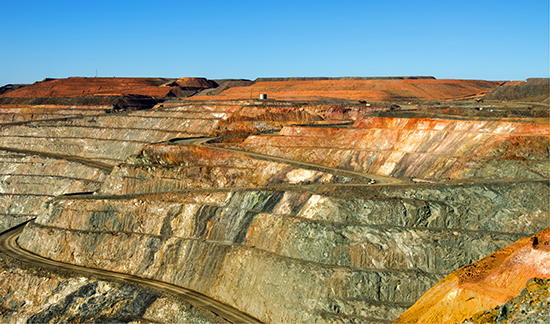 Australia is suddenly awash in higher-priced iron ore at its mines. But is it a real price increase? Source: Adobe Stock/Imagevixen.

Share prices for BHP Billiton and Rio Tinto have also risen, climbing 17% and 11% respectively in the last few weeks as some in the market take the price increase as a sign that global demand for iron ore could increase significantly in coming months.

But while we don’t want to be killjoys, we would urge a little caution.

The rise could be more speculative than that of a sustainably demand-driven increase. The market is still awash in iron ore and the recent rise may well have more to do with a lack of domestic ore being available after the holidays as miners are slowly coming back from the break.

According to the Australian Financial Review (AFR) a Chinese market insider is quoted as saying this demand was due to short-term factors, rather than a sustained increase in demand. The AFR says steel mills around Beijing increased production ahead of the National People’s Congress, which begins on March 5, as they will be forced to shut lines down to ensure blue skies for the week-long session of China’s rubber-stamp parliament. Once the short-term production surge is over demand will drop back and so will iron ore demand and prices.

The Singapore Exchange seems to agree. The price rally has steepened the backwardation with the front month at a nearly 30% premium over the 12th month, up from 25% a month ago, according to Reuters.

Australia’s optimism and the rise in miners’ share prices may be short-lived. If so, there is little to suggest China’s recent rise in credit is really going to feed through into an increase in steel demand and global objections to China’s record 110 million mt in steel exports is actuallly growing, so the relief valve of dumping it overseas is under pressure.

So far, Beijing’s attempts to rein-in steel production have come to naught. After a paltry 31 mmt was shut down in 2014 almost nothing was closed in 2015 according to the AFR. The report said Beijing had a target of closing down some 80 mmt but as the country’s excess capacity is estimated to be up to 400 mmt it could technically close all 80 mmt and actually have no impact on production. Most seem to expect little or nothing will get closed, so low steel prices, low coal prices and — sorry Australia — low iron ore prices look like they will remain the prevailing feature of 2016.

PREVIOUS POST:
ArcelorMittal Has a Plan to Weather Low Steel and Iron Ore Prices
NEXT POST:
Don’t Believe the Rally: Stock Markets Are Set Up For More Trouble