Steel Imports Into the US Up in January 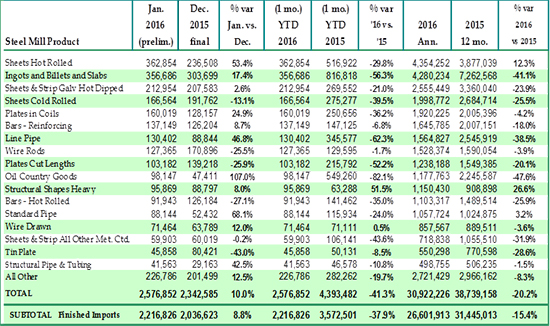 Finished steel imports into the U.S. in January 2016. Source: AISI.

PREVIOUS POST:
To Brexit, or Not to Brexit? That is The Question
NEXT POST:
Budget, Plan, Negotiate: Your Q1 2016 Update for Direct Material Sourcing