Home | Exchange Traded Funds | The Gold Price: How Much Higher Can it Rise?
Commentary

The Gold Price: How Much Higher Can it Rise?

Gold has had a barnstorming start to the year, rising 17% since January 1st to its peak of around $1,260.

The dynamic behind the rise in prices has been a heightened risk aversion and panic over… well, just about everything really. Without fear to drive demand, gold suffers from the cost disadvantage of storage and finance costs but without the corresponding income stream of dividends.

Fear Can Be a Great Gold Price Driver

With Japan becoming the latest country to offer negative interest rates, investors sitting on cash are figuring out the sums on gold carry costs. Adrian Ash, head of research at BullionVault, is quoted as saying: “Negative deposit rates in the Eurozone and Japan are now approaching commercial storage charges on physical bullion, while Swiss Libor and the Swedish Riksbank’s deposit rate already exceed even the higher fees of gold-backed exchange traded funds (ETFs).” 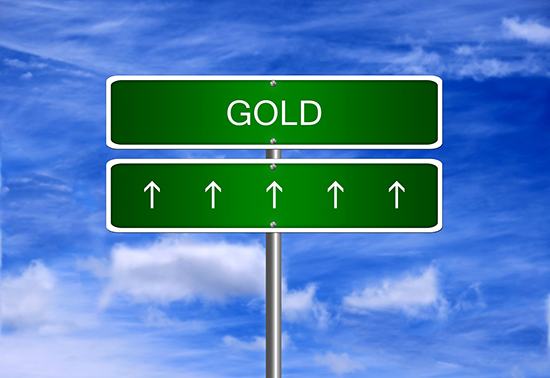 The cheapest major ETF is the iShares Gold Trust, says Ash, which charges 0.25% per year, while the biggest gold ETF is the iShares SPDR, which costs 0.40%. “Commercial storage rates for large-bar gold are nearer 0.10%,” says Ash.

However, we are not alone in offering words of caution about how long the strength in gold prices has to run. Even with ultra-low interest rates and considerable risk aversion, though, the case for further gold strength is not looking strong. The US jobs market is doing well and while some sectors of the economy — such as heavy equipment and oil country goods — are struggling, others such as automotive are doing well.

The Prospect of Rate Hikes

Interest rate hikes, which would put gold into a sharp reversal, have now been put back for this year and are unlikely to be a feature this side of 2017 but, even so, the prospect of rises would take the steam out of the gold market.

Indeed, dollar strength is generally not good for gold, except for those living in areas of currency weakness or potential devaluation when dollar-priced gold is seen as a hedge against currency movements.

That may provide some support in the first half of this year, but once the Eurozone’s turmoil over Brexit is resolved one way or the other after June 23 a recovery in the euro, and possibly sterling, may be expected.

That would leave Asian buyers in currencies like the Chinese yuan or yen as the only remaining interested parties, but the yen has been singly unsuccessful in achieving weakness in spite of Abenomics and negative rates — it continues to “enjoy” its safe-haven status. Gold could be unloved within a relatively short period of time and the strong start to the year may yet prove its peak.

PREVIOUS POST:
Get the Most from Your Long-Term Supplier Relationships: Upcoming Webinar!
NEXT POST:
Zinc is Not in a Bull Market