We previously reported that a World Trade Organization dispute settlement panel ruled that India’s requirement that companies that sell solar power to the government use only domestically-made parts and components for its massive Jawaharlal Nehru National Solar Mission unfairly discriminated against American manufacturers.

Is that really a good thing? There are several states and municipal governments here in the U.S. that do exactly what India wanted to do: subsidize local renewable energy companies and, in some cases, require them to buy silicon solar photovoltaic panels from local manufacturers. 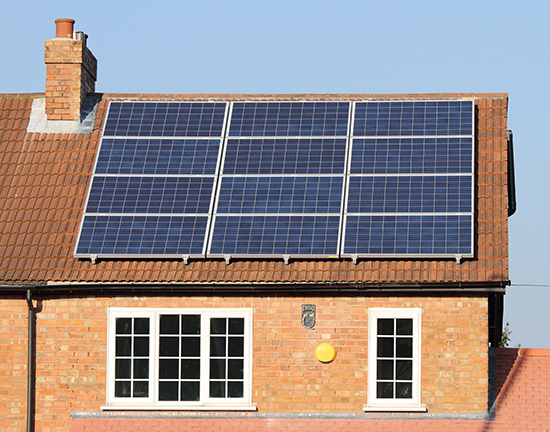 To receive a local power generation credit, should you have to consider foreign suppliers to put solar panels on your house?

There are 44 programs in 23 states, and “China and India have already identified several of these programs as incompatible with WTO law,” according to a December 2015 paper by Vanderbilt University Law School Professor Timothy Meyer.

One that India identified is California’s Self Generation Incentive Program, which offers a 20% discount to in-state businesses that install California-made solar panels or other renewable energy technologies. California even has a website that gives consumers a list of manufacturers (in-state and out) and what type of solar technology they provide.

The WTO’s Appellate Body ruled in 2013 that local content requirements were unlawful. It said an Ontario, Canada, provincial government requirement that renewable power companies buy locally-made equipment discriminated against foreign suppliers. That ruling applied only to the Ontario case but India could, conceivably, use it as a basis for an appeal of the WTO ruling in this case.

Is a local requirement really discrimination? Really? The pro-U.S. solar ruling in India runs afoul of non-government-administered green building certification programs here in America, such as the U.S. Green Building Council‘s Leadership in Energy and Environmental Design (LEED) standard which reward credits for regionally produced building materials. Many engineers specifying silicon solar photovoltaic panels — for both homes and commercial buildings as California and other states offer incentives to install the panels on homes and businesses — could find themselves stuck between trying to gain LEED credits by specifying local suppliers when cheaper foreign providers could invoke the WTO ruling.

Maybe our trade representatives need to consider the further implications of winning this case. Sure, the Jawaharlal Nehru Solar Mission is a lucrative project. Goldman Sachs has invested $250 million in it and it will, eventually, add 2,250 megawatts of solar power to India’s grid. It’s understandable that U.S. solar manufacturers want a piece of such a massive project, but they should, perhaps, rethink using this WTO ruling to force their way in.