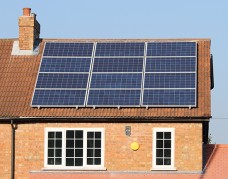 The National Association of Home Builders has asked Congress to consider reducing the regulatory burden that it claims can add as much as 25% to the cost of a new home.

In testimony before the House Financial Services Subcommittee on Housing and Insurance, NAHB First Vice Chairman Granger MacDonald said that “costs associated with permitting, land development (and) construction codes,” have created a scarcity of both rental and for-purchase affordable housing.

“Government regulations account for 25% of the cost of a new single-family home,” MacDonald, a home builder from Texas, said. “Oftentimes, these regulations end up pushing the price of housing beyond the means of middle-class working American families.”

NAHB is actively opposing new regulations from the Occupational Safety and Health Administration (OSHA), the Environmental Protection Agency, the Federal Emergency Management Agency and other agencies that could drive up the cost of housing.

While NAHB is talking about the overall cost of a home, one skirmish that’s playing out between the construction industry, at large, and a veritable alphabet soup of federal agencies involves the ubiquitous construction dust known as silica. OSHA has proposed a new exposure standard for crystalline silica and wants a new Department of Labor joint employer rule to formalize it.

The proposed silica regulation, which would be a requirement for all new and existing construction, is the product of four decades of research, debate and legislative action. It literally took 45 years to finalize a regulation lowering the allowable exposure limit of silica, essentially ground up on construction sites. OSHA’s current silica exposure standard limits allowable exposure to the dust, but it’s not a formal regulation. It is a real health hazard, too. If inhaled, silica dust poses serious risk of silicosis, an incurable lung disease or lung cancer.

OSHA calculates that its silica rule’s cost to all of industry will be $637-657 million. It also calculates monetary benefits from reduced mortality and disease as a net benefit of $2.8-4.6 billion.

As the election looms, we’re likely to see more regulatory battles such as this one play out.