Home | Macroeconomics | Donald Trump Talks Down the US Economy, But No Outright Recession Looms
Commentary

Donald Trump Talks Down the US Economy, But No Outright Recession Looms 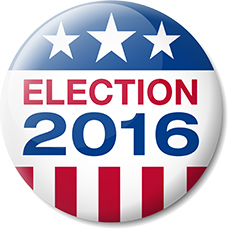 While watching Donald Trump on the campaign trail makes amusing viewing, at least outside the U.S., inside I expect voters are worried by what they hear.

I think few of us would make our investment decisions based on potential President Trump’s advice. Nevertheless, his assertion that the US was headed for a “massive recession” in an interview with The Washington Post reported by CNBC have stirred up a whirlwind of comment, opinion and argument — as was no doubt his intent.

Trump’s claims appear based largely on his belief that the U.S. stock market is a bubble waiting for some form of shock to collapse and that the underlying economy is in a much poorer state largely because employment is worse than official figures suggest. Before we accept or dismiss his claims let’s take a look if they hold any water.

First, the stock market, it is true to say it has been on a roll since the financial crisis. CNN Money says it’s the third-longest stock market upswing in U.S. history. But, they also warn that dark clouds hover as the S&P 500 has nearly tripled (up 194% to be exact) since its low point on March 9, 2009.

The bull run is already showing signs of becoming overdone and fears of a global slowdown, mostly brought on by China, caused severe jitters earlier this year. The stock market’s run has undoubtedly been aided and abetted by cheap money, but that flow of funds will at some stage dry up as interest rates rise. That was meant to happen this year but — as we said back in December — last year’s one rise was likely to be the only for a while. There is talk from the Fed of another rise later this year but we doubt the economy will be ready much before 2017.

All the same, the days of cheap money are nearing an end and that will have consequences for all asset classes, including shares.

What about his claims on employment? Headline figures have been impressive, from over 10% in 2009 according to government statistics, unemployment has fallen to 5% now, but many of those jobs have been part time meaning wages have not risen as strongly as the unemployment figures suggest. But, Trump’s claim that the “real” figure is more like 20% have been widely disputed by everyone.

According to Reuters, a  broader measure of unemployment that includes people who want to work but have given up searching and those working part-time because they cannot find full-time employment is at 9.8%, double the headline statistic and higher than the headline number than at anytime in the past as the economy generates more part-time than full-time roles.

There are, of course, some out there that firmly believe the U.S. economy is on the verge of Armageddon. Albert Edwards, a bearish but respected analyst at the French bank Societe Generale, released a note this week highlighting that his “failsafe recession indicator” had stopped flashing amber and had turned to red, according to CNBC.

In Edwards’ opinion, corporate profits, as measured for the whole economy in terms of profits before tax and with a focus on non-financial domestic companies, are a key driver of the economic cycle. In his opinion, we do not have to wait for Fed tightening, he believes that the deep corporate profits downturn is sufficient, in itself, to push the U.S. economy overboard.

He adds that the economy will “surely be swept away by a tidal wave of corporate default.” To be fair, Edwards has been warning of the same since 2012, and it hasn’t happened yet; but any watchers of the “The Big Short” will recall a perceptive few warned of (and shorted) the market long before 2008 and were eventually proved right. Timing is everything.

The wobbles in the stock market both in the US and elsewhere last year and early this were sparked in large part by fears China would devalue its currency and the knock-on effects should that happen. Beijing has since managed to calm fears although many observers feel the currency is still seriously overvalued and an adjustment at some stage is likely. But another fear around China is debt. The rating agency Fitch is reported in the Telegraph this week as saying a “remarkable build-up in leverage across China’s economy” since the 2008 financial crisis means Beijing’s ability to meet ambitious annual growth targets of 6.5 to 7% between 2016 and 2020 looked “extremely challenging.”

The paper went on to say that while China’s public debt ratio stood at 55% of gross domestic product (GDP) at the end of last year, total credit in the world’s second-largest economy, excluding equity raising, climbed to almost 200% of GDP in 2015, from 115% in 2008, and that is based on official estimates.

Fitch said the “true figure” was likely to be closer to 250%. It expects this to climb to 260% of GDP by the end of this year as total debt continues to grow faster than the Chinese economy. A hard landing in China is still considered unlikely and Beijing has tools at its disposal to maintain positive growth, but the extent to which it will be able to engineer 6-7% growth remains to be seen, and the potential for volatility elsewhere should those numbers drop lower is considerable.

So, we are not about to short the market or convert our assets into cash to stash under the mattress. Trump’s headline-grabbing announcements served to dilute focus on his comments about abortion and may have struck a cord with some of his less fortunate supporters but, on the whole, the chances of a U.S. recession this year or next are considered low. Growth could weaken and significant challenges remain, but an outright recession, we hope, is no more than campaign trail bluster.