The size of the U.S.contingent at India’s DefExpo 2016, held recently in the state of Goa, was enough to send out a clear message.

Of the 47 participating countries, the U.S. was among the event’s largest international exhibitors, clearly underlining the importance of the region to the American defense and security business. This was the first time that DefExpo, India’s most prominent defense and security trade event, was held outside the capital, New Delhi.

Who Makes What? Or Asks For it?

The event saw a bit of “Make in India” mingling with “Ask America First.” The U.S. International Pavilion saw potential buyers looking for ways to meet a critical mass of U.S. suppliers, and an onsite business hub for American exhibitors looking to maximize their exposure and impact at the event. 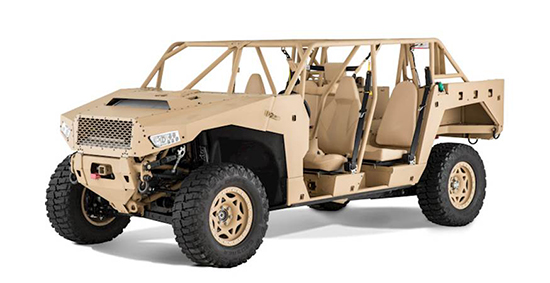 “When U.S. companies commit to exhibit at DefExpo, they’re saying they believe in the power of this event to attract real business prospects and customers. The global interest in this show speaks for itself,” said Kallman Worldwide President and CEO Tom Kallman, in a media release. Kallman Worldwide, Inc., was the designated U.S. Representative of the show, in coordination with numerous U.S. government agencies

“The United States is the world’s biggest aerospace and defense supplier, but that’s no guarantee that buyers will look to work with American companies over others,” Kallman said. We want every visitor to ‘Ask America first’ at DefExpo, and to be assured that America is listening.”

The list of participating companies read like a veritable who’s who of the U.S. defense and aviation industry. Boeing was there, of course, along with Honeywell, Lockheed-Martin, Raytheon and Textron, along with a cross section of leading American suppliers working to strengthen or initiate international partnerships. A high-level federal government delegation, which included General Dennis L. Via, Commander of the Army Material Command; Ann Cataldo, Deputy Assistant Secretary of the Army for Defense Exports and Cooperation; and Thomas L. Vajda, the Consul General of the U.S. Consulate in Mumbai were part of the U.S. delegation.

Clearly, as voiced by the Consul General, defense and space technology is now high on the list of cooperation between the U.S. and India. And the efforts of the federal government to reach out to local Indian manufacturers such as Tata Steel and Mahindra, who of late have formed their own defense equipment producing units, should boost India’s “Make in India” campaign.

Such collaboration could be music to the ears of both Indian and American steel and other metals manufacturers since outside of infrastructure and automobile, defense is one of the largest consumers of steel and aluminum.

For example, Polaris India Pvt. Ltd., a wholly owned subsidiary of Polaris Industries Inc. a leader in off-road and all-terrain vehicles, showcased its  products, the Dagor (Deployable Advance Ground Off-Road) and the Mrzr4 at the DefExpo India 2016.

These vehicles were brought to India for the first time. Polaris also showcased its six-wheel drive off-roader, BosSportsman Big s 6×6 and its Ranger 6×6 800 at the event.