Just a month after BMW proudly announced it was shifting its development strategy toward more all-electric vehicles (EVs) and autonomous technology in order to address a “new era” in the industry, the company was rocked by the defection of the core development team of its i3 and i8 electric vehicle lineup.

The embarrassing part is the defection isn’t to another automotive major but to Future Mobility Corp., a Chinese startup backed by Tencent Holdings, a Chinese investment company. The move underlines how established “old world” firms in the automotive sector are struggling to compete with start-ups and newcomers in the EV and hybrid market.

Who Left BMW for Future Mobility?

The WSJ reports that Carsten Breitfeld, a 20-year BMW veteran who developed the company’s i8 plug-in hybrid sports car, left the Munich-based automaker last month to become chief executive of the Chinese electric car company. Now, three key executives from the “BMW i” electric car group are following him. Dirk Abendroth, who developed electric powertrains for the i-series, Benoit Jacob, who was head of design at BMW i, and Henrik Wenders, head of BMW i product management. 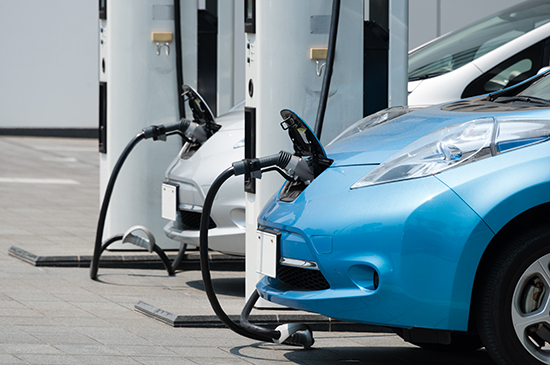 BMW is betting on electric cars for its future, but Future Mobility just poached its entire i team. Source: Adobe Stock/Joel 420.

One would like to think they are not being simply lured by money, creative professionals of this caliber will be more motivated by being at the cutting edge of development and technology than euros in the pocket and BMW, for all their media hype, have failed to make a success of their electric vehicles division.

According to the WSJ, BMW has slowed development of future models. Last year, BMW sold 24,057 i3 models, and 5,456 i8 models, a 66% increase in BMW i division sales but paltry by the standards of a volume automaker.

Personally, I think the i8 is a fabulous looking car but I can’t say I have actually driven one. Reports suggest, performance aside, it doesn’t live up to its looks. Certainly demand has not matched the expectations that such looks should have generated.

BMW i8: Not Even That Green

No, according to AutoExpress, even with the car set on its eco-friendly eDrive setting, meaning pure electric running, you get a range of just 22 miles and a top speed of 75mph — limp home kind of figures.

Engage the Mini engine in the boot to drive the rear wheels, (lithium battery-powered electric motors drive the front) and the range extends, of course, but real-world economy is only around 40 mpg. So, great performance and looks, but it costs much more than a 911… and you are still killing polar bears.

A promising work in progress may be the market’s view, but if BMW is not pushing the envelope on this you can understand why the creative talent has gone elsewhere. The same challenge will face other car companies as this niche part of the automotive world continues to see massive investment but slow growth relative to the automotive market as a whole.