Week-in-Review: Rise of the Zombie Mills!

Even as world steel powers gathered in Brussels this week to discuss the massive overcapacity problem and exchange accusations, particularly between the U.S. and China, steel prices continued to rise globally.

In China, that means zombie steel mills are rising from the dead. While Beijing has engineered some steel capacity cuts, its efforts are being undermined by a rise in domestic steel prices that has seen mills ramp up output. Even those zombies, which had stopped production but were never officially closed down. They have clawed their way back from the grave and are producing steel again. Such is life in the people’s republic. 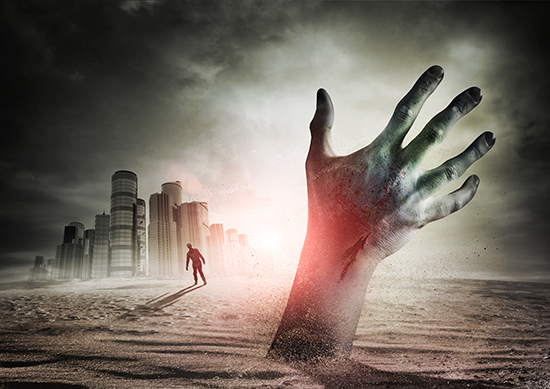 The zombie steel mills are back from the grave! Source: Adobe Stock/James Thew.

Steel wasn’t the only metal threatened by imports, though, this week. The United Steelworkers filed a safeguard action against imports of aluminum, mostly from China. If found to be in violation of section 201 of U.S. trade law and impose tariffs of up to 50% on primary unwrought aluminum (read, ingots welded together to form “semi-finished products”).

Hey, maybe the zombie mills are just “semi-finished,” too! That is, shut down but never really out of business. Here in the U.S., when a company is in trouble it files for bankruptcy protection. That’s exactly what once high-flying renewable energy company SunEdison, a major supplier of solar power, did this week.

In the U.K., Tata Steel finally sold some of the assets of its loss-making U.K. business. Even if you’re not in trouble, job losses are simply a part of business as Allegheny Technologies, Inc. showed 250 of its salaried employees this week.

There’s simply no mechanisms to deal with losses that way for these Chinese zombie mills. Yet, China claims to be committed to changing to a market-based economy. That’s why it’s so ridiculous that the World Trade Organization and other international trade authorities are even considering market-based economy status for the evolving Chinese economy.