Saudi Arabia in 2030: A Kingdom Independent of Oil Exports?

It would seem Iran is not the only major Middle East economy on the cusp of radical change. If the espoused wishes of deputy crown prince Mohammed bin Salman al-Saud (or MbS as the media have got into the habit of calling him) are realized, the desert kingdom is in for a period of change over the next decade that would be unprecedented in it’s recent history.

Certainly, oil has transformed the kingdom since it was first commercially extracted in 1938 but the culture of Saudi society has been carefully nurtured, protected, even shielded — one might say — from the corrupting influence of the outside world. 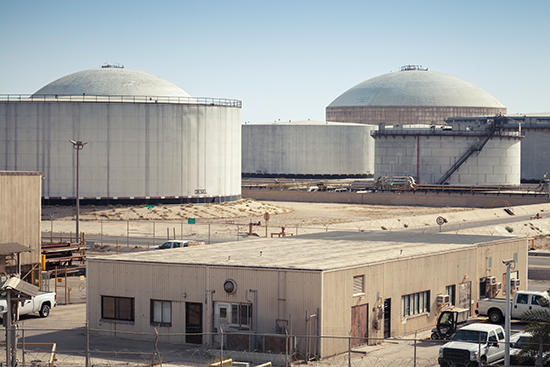 A group of fuel tanks in the Ras Tanura oil terminal in Saudi Arabia. If Prince Mohammad has his way, this will someday be a thing of the past in the kingdom. Source: AdobeStock/eugenesergeev.

Yet the days of a close compact between the House of Saud dynastic monarchy and the religious Wahhabi clerical establishment that, in exchange for control over education and the judiciary, has provided the rulers with legitimacy, may be seeing the beginning of its end.

The new King Salman’s son, Prince Mohammad, believes Saudi Arabia has been addicted to oil, an addiction that has cost it dearly in terms of economic development and progress. Trying to look into the future, he clearly feels Saudi Arabia needs to face up to the march of time before it is too late.

The Prince sees the kingdom’s dependency on oil as holding it back and his Vision 2030, an 84-page manifesto for change, calls for, among other things, the creation of the world’s largest sovereign wealth fund, eventually reaching $3 trillion — income from this fund is intended to, over time, replace falling oil revenue.

Prince Mohammad intends to fill his fund by selling up to 5% of Saudi Aramco, the state oil company; developing the non-oil economy — including retail, manufacturing and mining; and boosting private sector job creation, including allowing 100% foreign ownership of retail operations and actively seeking foreign direct investment in a wide range of economic sectors.

After decades of government largesse cosseting Saudi society with subsidized, well, everything the population has risen dramatically along with the government’s budget. Yet employment has failed to keep pace.

50% of Saudis are under the age of 25 and unemployment is running at about 12%. As government revenues collapse in the face of low oil prices, subsidies are being withdrawn and there is talk of raising taxes. A recent increase in water charges caused uproar and gives an indication of how the population may not take kindly to facing the real world.

According to the Financial Times, the planned shift towards a post-oil economy requires the phasing out of the kingdom’s massive subsidies bill, by moving Saudia Arabia closer to market pricing for commodities such as fuel, electricity, water and also transportation.

Along with taxation measures, the idea is to drive through educational reform and create desperately needed jobs for a young, underemployed and often underqualified population. As a rule, the vast majority of Saudis work for a now unaffordably bloated public sector while the private sector relies on expatriate labor. 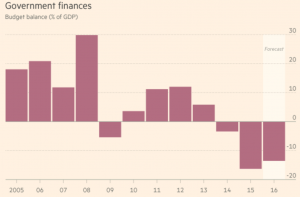 Substantial oil and gas reserves could, as with U.S. shale, give domestic manufacturers an energy advantage as we have seen with the phenomenally successful Saudi Arabian Mining Company (and Alcoa’s) Ma’aden aluminum smelter. The 740,000 metric ton/year smelter, now fully on-stream, is generally judged to have the lowest aluminum production costs in the world, in the region of $1,050-$1,100 per mt.

Saudi Arabia has copper, gold, zinc and silver according to the U.S. Geological Survey, diamonds have been found offshore and the vast interior probably contains much more if the political will and economic imperative were there to exploit it. The deputy Crown Prince (Mohammad) identified industries such as automotive, defense and aerospace as favored areas for support. All of which the kingdom is either already a major consumer of or regionally well-placed to be a hub for reexport.

But, commercial engagement with the outside world will require a paradigm shift in tolerance and cooperation that, hitherto, the desert kingdom has not needed to embrace. Like China, Saudi will find that a difficult balancing act, needing to engage openly but fearing the consequences. In many ways, maintaining political control and cultural stability will be the biggest challenge as Saudi Arabia moves into a post-hydrocarbon world.

PREVIOUS POST:
Allegheny Technologies: Specialty, Aerospace Transition Starting to Pay Off
NEXT POST:
When is a Bull Market Not a Bull Market?