Home | Anti-Dumping | U.S. Steel Accuses China of Stealing Trade Secrets, Does it Have a Case?
Commentary

U.S. Steel Accuses China of Stealing Trade Secrets, Does it Have a Case?

In a complaint filed Tuesday with the U.S. International Trade Commission, U.S. Steel Corp. demanded penalties on Chinese steel imports which could include a total ban on imports into the country. U.S. Steel said that Chinese steelmakers conspired to fix prices, stole trade secrets and circumvented duties with false labeling in filing a section 337 petition.

“We have said that we will use every tool available to fight for fair trade,” said Mr. Longhi. “With today’s filing, we continue the work we have pursued through countervailing and anti-dumping cases and pushing for increased enforcement of existing laws.”

How to Prove Unfair Competition?

But what, exactly, is a section 337 petition? What law is U.S. alleging Chinese producers Hebei Iron & Steel Group, Anshan Iron and Steel Group and Shandong Iron & Steel Group Co. violated? The ITC provides us with a handy frequently asked questions page. It reports that “most Section 337 investigations involve allegations of patent or registered trademark infringement. Other forms of unfair competition, such as misappropriation of trade secrets, trade dress infringement, passing off, false advertising, and violations of the antitrust laws, may also be asserted.” 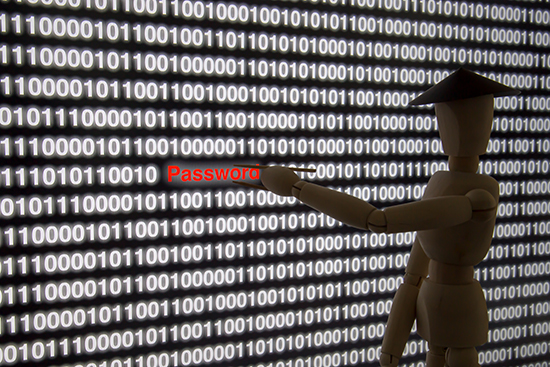 China has been implicated in stealing trade secrets before, and U.S. Steel was one of the victims. In 2014, a U.S. grand jury indicted five members of China’s People’s Liberation Army on charges they stole information from U.S. Steel and other American firms. Computer hacking, espionage and other charges were alleged in federal court in Western Pennsylvania (U.S. Steel is headquartered in Pittsburgh). Other victims of the alleged hacking included the U.S. arm of SolarWorld AG, Westinghouse Electric Co., Allegheny Technologies Inc. and Alcoa, Inc.

Then-Attorney General Eric Holder said, at the time:  “The range of trade secrets and other sensitive business information stolen in this case is significant and demands an aggressive response. Success in the global marketplace should be based solely on a company’s ability to innovate and compete, not on a sponsor government’s ability to spy and steal business secrets. This Administration will not tolerate actions by any nation that seeks to illegally sabotage American companies and undermine the integrity of fair competition in the operation of the free market.”

And that was it. Literally. The “aggressive response” was Holder’s statement and, even though U.S. officials still insist the case is very much open, the five Chinese military members accused of stealing code, designs of solar panels and other intellectual property have remained in China, protected by the lack of an extradition treaty between the U.S. and their homeland.

The Pittsburgh FBI office has remained busy taking down Chinese hacking forums and putting up a much stronger defense of the companies under its jurisdiction, but there’s little hope of the five Chinese cyber army hackers will ever face these charges.

It looks as if U.S. Steel, tired of waiting for an extradition that will not come, has taken matters into its own hands and turned the mountains of evidence it has of its own hacking into a section 337 case.

This is exactly what happened to U.S. Steel:

In 2010, U.S. Steel was participating in trade cases with Chinese steel companies, including one state-owned enterprise (called SOE-2 by the Justice Dept.). Shortly before the scheduled release of a preliminary determination in one of the cases, Sun Kailiang  — who was an officer in Unit 61398 of the Third Department of the Chinese People’s Liberation Army — sent spearphishing e-mails to U.S. Steel employees, some of whom were in a division associated with the litigation. Some of these e-mails resulted in the installation of malware on U.S. Steel computers.

So, even though the bar for proving espionage and theft of trade secrets in a section 337 is high, it’s hard to imagine that U.S. Steel can lose this case with evidence of DIRECT intervention and hacking of their servers by the People’s Liberation Army.

A separate but similar case saw a guilty plea last month by a Chinese businessman accused of assisting the hacking of U.S. defense contractors’ computers.

The only question, it would seem, is why other victim companies, such as ATI and Alcoa, have not yet joined the petition? Or when might they join the case?