Jennifer Diggins is the director of Government Affairs at Charlotte, N.C.-based Nucor Corp., the largest steelmaker in the U.S. and North America’s largest recycler of any material (Nucor recycled 16.9 million tons of scrap steel in 2015 at its 23 electric arc furnace mills). Diggins serves as the firm’s liaison to Washington, D.C. MetalMiner’s editorial staff recently had a chance to sit down with Jennifer for a MetalMiner Q&A to discuss recent issues in steel, including Chinese overproduction, the tariffs recently passed against some imports and the role of the international scrap market.

MetalMiner: Recently, executives from the five leading steel companies in the U.S. told the Congressional Steel Caucus that unfair foreign trade practices have caused an increase in steel imports resulting in the loss of more than 13,000 jobs in the industry this year. How was that number arrived at? Could it be even worse than the 13,000 estimated? 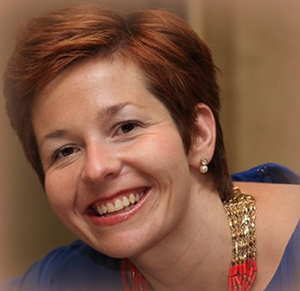 Jennifer Diggins: There is the potential for the number to be much worse when you factor in job losses in industries that support steel.

People often fail to appreciate the broad impact the steel industry has on the rest of the economy. Every one job in the steel industry supports seven other jobs in the economy. These are jobs in businesses that supply steelmakers with raw materials, contractors who do maintenance work at steel mills, truck drivers who transport our products, just to name a few. When steel production decreases like it has, workers in these supporting industries also are impacted.

MM: Chad Utermark, EVP of Nucor testified that, “From outright government ownership to a vast array of illegal subsidies, many foreign steel companies are shielded from the realities of the market. China is the prime example. Basically, the Chinese government is a company disguised as a country engaged in economic warfare. It is the major contributor to the capacity glut. China’s economic slowdown, coupled with its estimated 425 million metric tons of excess capacity, has resulted in China flooding the global market with steel exports. This market-distorting behavior is creating real harm for American steelworkers.”

Knowing all of this, how dangerous and inappropriate is the prospect of China being granted market economy status?

JD: First off, there is no reason to grant China market economy status. There are criteria in U.S. law that China must meet to receive this designation. In the past 15 years, China has failed to take the required steps to meet these criteria. They have made this patently obvious through continued government ownership of major industries, the unprecedented government intervention in the stock market last year, and their most recent five-year plan which keeps the government firmly in control of the economy. None of this is free market behavior. Therefore, the U.S. government has no reason to change its determination that China is a non-market economy.

Were they to be granted market economy status it would be disastrous. It would change how the government calculates dumping, which would result in lower trade duties on steel and steel products. China’s disregard for trade laws would basically go unpunished leading to even more job losses in the steel industry and the manufacturing sector as a whole.

MM: According to U.S. Geological Survey estimates, the total value of ferrous scrap processed in the U.S. in 2014 was $26.1 billion, but for 2015 USGS reports that figure declined to $18.3 billion as scrap prices and volumes declined. Is the scrap situation also a result of those 800 million metric tons of Chinese imports? At least in part? And how much of an impact does that have on mills that use scrap-melting EAFs?

JD: Imports do play a role. Last year, unfairly traded imports grabbed 29% of market share — a record high. The result was a capacity utilization rate of around 70% for the U.S. steel industry. If you produce less steel, you use less scrap, which increases supply and drives down prices. With China’s exports flooding markets around the globe, production and scrap demand decreased in other countries, too. China makes more steel than the rest of the world combined. The percent of its production that is scrap-based EAFs is still in the single digits.

While lower scrap prices do decrease raw material costs for EAF producers, the savings are not nearly enough to offset the financial hit of making less tonnage and selling it at lower prices.

MM: Industry executives testified before two government offices in addition to the Steel Caucus last week, the U.S. Trade Representative and the U.S. Department of Commerce. Could you tell us more about what was discussed with the agencies? And what the industry hopes to gain from these meetings?

JD: The primary focus was the problem of global steel production overcapacity and the crisis it has created for domestic steel producers. We stressed three things. First, vigorously enforce our trade laws and use the full-range new of enforcement tools Congress provided.

Second, work to eliminate steel-specific subsidies many foreign governments provide. Finally, secure specific, verifiable commitments from China and other countries to reduce excess steel capacity. We were looking for a strong commitment from our government leaders to enforce our trade laws and take the lead in getting excess capacity out of the market.

MM: It looks as if tariffs are finally starting to be felt in the domestic steel market. Does more need to be done to level the playing field, even though prices are climbing?

JD: Until we get excess global production capacity offline, unfair imports, decreased production and lower prices will remain an issue. The good news is that there is a growing international consensus that bold action is needed to address overcapacity.

The Organization for Economic Cooperation and Development recently held a meeting with leaders from 34 governments and steelmakers that represented 93% of global steel production to discuss ideas for removing excess capacity.

Our country is not alone in recognizing that much of the overcapacity problem is in China. Of the 700 mmt of excess steelmaking capacity in the world, 425 mmt are in China. Our government put out a strong statement when China failed to engage seriously in the talks and other governments were critical as well.

The U.S. government made it clear it will continue to use all the trade enforcement tools at its disposal if China fails to act. We will continue to work with our international allies to secure commitments from governments to get out of the steel business.

Note: An earlier version of this story said that Diggins was Nucor’s only federal lobbyist. Nucor operates a Washington, D.C. office (Nucor Public Affairs) with other lobbyists listed and Diggins is actually not a federally registered lobbyist for 2016 (she was in 2015). We regret the error.