Week-in-Review: More Anti-Dumping Duties, Aren’t We All in This Together?

This week, we asked if cheap Chinese steel imports are really that bad for the U.S.? After all, if Beijing and China’s regional governments are subsidizing steel production exported to the U.S. to the tune of 522% for cold-rolled and 451% for corrosion-resistant, aren’t U.S. manufacturers gaining a huge cost advantage on the finished products they ship back to the People’s Republic? Or even sell domestically?

U.S. Producers certainly don’t see it that way. Neither do steel producers in most of the developed world, save China. 12 Steel associations from the Americas and Europe released another strongly worded letter to governments around the world, lamenting Chinese overproduction. Just look at those tariffs! The steel associations really mean business this time! 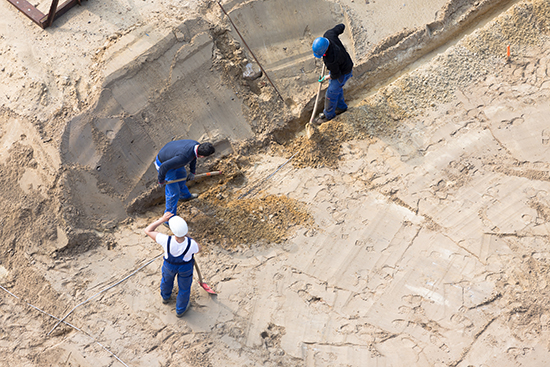 Nice job on the ditch, USA! I’m China, I’m here to fill it back in. Source: Adobe Stock/Kara.

China, of course, doesn’t see it this way at all and has previously said, through its Ministry of Commerce, that its steel industry is merely “export competitive.” It’s certainly a novel defense, but it would also be the equivalent of Tom Brady saying his footballs are only “deflation competitive” without dealing with why they are so. Or Russia saying Crimea is “annexation competitive” without saying why it should stop being a part of Ukraine and start becoming a part of the federation.

Still, U.S. regulators like the Commerce Department and the International Trade Administration may want to tone down their heavy anti-dumping and countervailing duties decisions as 522% and 451% is an awful lot of anti-dumping and countervailing duties and the extreme outlier positions that Commerce has staked out could garner sympathy for China in front of a future World Trade Organization court.

If Commerce can’t directly prove 522% or 451% subsidization, then it’ll be the U.S. trying to fend off accusations of protectionism in front of a WTO that’s already not known to be overly friendly to our Yankee blue jeans and Nike tennis shoes. China can bring up all of those exports we keep sending over, too. In short, how much protectionism is to much?

Also, why are there export markets for cloud computing? I thought “the cloud” was everywhere? Are the export destinations using separate clouds from our clouds? And where are the servers located at?

For China’s part, giving all of that money to steel mills to keep them open and overproducing wasn’t exactly President Xi Jinping’s plan, either. Nor was continuing to devalue the yuan/renminbi to promote stability. It’s more akin giving one man a Works Progress Administration job digging a ditch and another man a job filling that ditch in back with the same dirt during the depression.

President Xi has a big problem, as money has been flowing out of his borders at an alarming rate and the recent currency and continuing overproduction actions are aimed at curtailing that flow. So far, so good, though, as the money flowing out of China by companies and individuals slowed to $28 billion in April from more than $100 billion in December and January, according to estimates from UBS Group AG.

So, whether you want to call it protectionism, dumping, illegal subsidization or whatever, one thing becomes potently clear about steel and the global economy: whether we like it or not, we’re all in this together.