This week saw the return of British Steel, thanks to a sale of some of its U.K. Assets by Tata Steel to Greybull Capital. British Steel is back, and it’s not just one of the greatest steel company names, but also the title of heavy metal band Judas Priest’s best-selling album.

1980’s “British Steel” brought us Rob Halford-sung anthems such as “Living After Midnight,” “Breaking the Law” and “Metal Gods.” It’s one of many albums that takes a bit of a narrow view of the musical term heavy metal in specifying steel as the metal it pays tribute to. 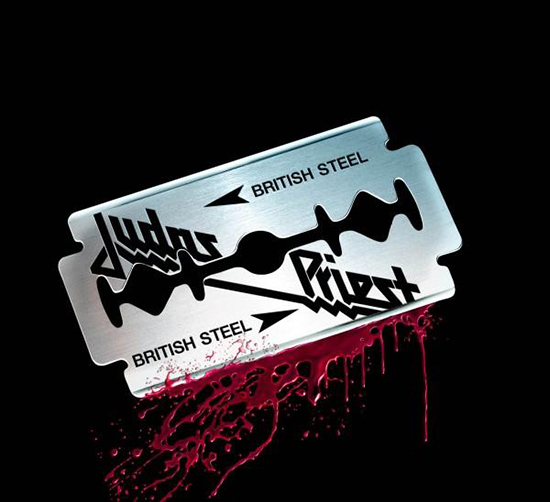 Greybull Capital and CBS Records should seriously get together and work on a new logo. Album Cover Image: CBS Records.

That got us at the MetalMiner week-in-review thinking: What other great heavy metal bands, albums and songs celebrate steel? Or were inspired by it? There’s certainly glam-rock tribute band Steel Panther.

All of the original members of Def Leppard famously hail from the then-steel-producing town of Sheffield, England. Sweden brought us, simple and to the point, Steel.

Halford’s replacement in Judas Priest from 1996 to 2003, Chris “Ripper” Owens hails from renowned steel town Pittsburgh, Pa. ’80s Pittsburgh also brought us the story of a certain welder/dancer.  Owens also played in a Judas Priest tribute band before being selected to replace Halford. The entire story was fictionalized in the Mark Wahlberg film “Rock Star.” The name of that cover band? Yep, British Steel.

The relationship between steel and heavy metal is still strong. So good to have British Steel back. Here’s to hoping some enterprising musicians find a way to work it into their songs.