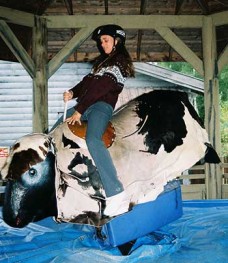 The U.K.’s decision to leave the E.U. hasn’t really scared investors away from industrial metals. The metal complex continues to rally. As we explained in a webinar yesterday, Brexit had little to no impact on the supply and demand dynamics of industrial metals.

On the demand side of the equation, it is — not the U.K or even Europe — that is the world’s biggest consumer of industrial metals. Supply cuts amid low prices and this year’s boost in Chinese demand for industrial metals, thanks to stimulus measures, continue to be the key factors to watch. In this post we’ll look at the recent bullish price moves of individual base metals that appear to confirm that the bull market that we identified earlier this year is for real. In addition, we’ll look at the recent improvement in investors’ sentiments about China, which favors rising metal prices.

Aluminum overcapacity is still an issue. In June, China and the U.S. failed to reach an agreement on how to address excess global aluminum capacity. But that hasn’t stopped prices from rising. On Tuesday, aluminum prices hit a one-year intraday high.

This metal apparently didn’t even hear that the U.K. voted to exit the E.U. More important factors are driving nickel prices up, such as falling Chinese imports of Philippine nickel ore this year and the recent news that the Philippine government would review all mining operations in the country fueled nickel prices to the highest levels in eight months. The metal is currently trading near $10,500/mt and has given buyers a good opportunity to buy forward and hedge as we stated in our monthly outlook.

Zinc and Tin Continue to Surge

Zinc and tin have been the biggest gainers among base metals this year. Despite the significant gains, both metals continued to climb this month. Tin rose sharply above $1,800 per mt for the first time since March 2015 while Zinc is trading near $2,200/mt, its highest level in more than a year.

China’s stock market is possibly the best benchmark for China’s economy or at least investors’ sentiment about China. The slowdown in the Chinese economy (weak demand with too much capacity) explains why industrial metals peaked in 2011.

China’s stock market bottomed out earlier this year thanks to China’s stimulus measures that fueled demand growth. Chinese shares have risen over the past few weeks to the highest levels in six months as investors expect its central bank to ease monetary policy again.

Some analysts argue that this rally is just fueled by government intervention and, therefore, it’s just speculative. Whether this is speculation or not, rising metal prices would hurt your budget in the same way. The fact that Chinese markets are hitting new highs is a good sign for metal investors.

PREVIOUS POST:
The EU’s Black Hole: How the UK’s Tax Contributions Will be Missed
NEXT POST:
The July MMI Report: A Final Word Before We Exit Brexit