Yesterday, the U.S. and Vietnam signed an agreement to resolve two longstanding World Trade Organization disputes over imports of Vietnamese shrimp to the U.S. (the official case numbers are DS404 and DS429). 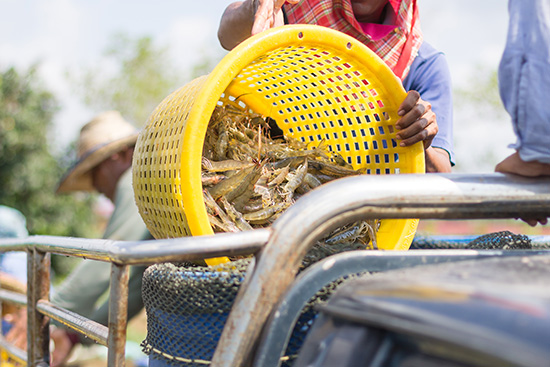 A case involving Vietnamese shrimp shows how difficult it can be to quantify value for non-market economy goods. Source: Adobe Stock/Armcreation.

You might ask yourself, what does shrimp have to do with metals? As to how it concerns world trade, this case is important because it addresses the sometimes nebulous question of what exactly is fair in determining the proper prices of exports from non-market economies into market economies like the U.S. You see, Vietnam and China are the only two countries considered by the WTO to be non-market economies.

Back in 2005, the U.S. imposed anti-dumping duties on several Vietnamese importers of shrimp. Vietnam asked the WTO to review the duties and, in 2014, a WTO panel found the original anti-dumping order to be inconsistent with WTO rules, including elements of the decision not to remove Vietnamese exporter Minh Phu, a producer that later proved it had not dumped for three years — from the order. In 2015, the panel’s findings were adopted by the WTO dispute settlement body and the U.S. agreed to come into compliance.

The panel faulted “as such” Commerce’s practice in anti-dumping cases of starting with a “rebuttable presumption” that all exporters in non-market economies are government controlled, state-sponsored entities. As we said above, Vietnam and China are the only two countries regarded by the department to be NMEs. As with steel companies in China, some Vietnamese shrimp producers are state-controlled and some are not. The WTO essentially said Commerce must prove that companies it places tariffs on are receiving government support.

A 129 review is the process used to determine how Commerce can make a redetermination that would ensure that its decisions in particular trade remedy cases are in line with the findings of the WTO. In the instance of DS429, the U.S. was faulted by the WTO dispute settlement panel in 2014 for improperly calculating the duties and in May 2015 informed the panel that it planned on coming into compliance with the panel report. The reasonable period of time for the U.S. to conform to the panel report was set to expire on Aug. 22.

Following a request from U.S. Trade Representative, the Department issued a preliminary section 129 determination on May 20, to implement findings of the WTO dispute settlement body. The preliminary decision includes a recalculation of Minh Phu’s dumping rates for 2008/2009 in a manner consistent with the WTO panel’s findings. As a result of the recalculation, Minh Phu’s rate for that period was reduced to zero and Commerce preliminarily found that revocation of the anti-dumping order with respect to Minh Phu was appropriate.

As part of the agreement, Minh Phu and its importers will be required to certify that it is the producer and exporter of any shrimp it exports to the U.S., to ensure that other exporters are not circumventing the anti-dumping order through transshipment.

The lack of a 123 review suggests that Commerce is taking a very narrow approach to implement the as-such ruling on its non-market economy practice by only making changes to these particular cases involving shrimp.

However, Commerce’s final memo on the 129 review does allude to the “as such” challenge. It stops short of pledging to resolve the criticized practice of viewing all producers as state-sponsored beyond these two cases.

Piquado, in a Commerce press release accompanying the agreement, said he is pleased the resolution “preserves [the United States’] ability to effectively remedy unfair trade…”