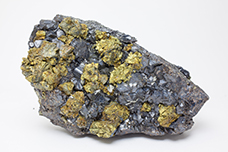 10% publicly-traded companies in the U.S. who filed form SDs with the federal government have proven it is possible to not only comply with Section 1502 of the Dodd-Frank Wall Street Reform and Consumer Protection Act, but to also perform supply chain due diligence in line with industry best practices, according to an analysis of public filings by Dr. Chris Bayer, PhD, of Tulane University.

Yet, more than three years after U.S. companies began filing reports about their efforts to find conflict minerals linked to armed militias in Africa in their supply chains, 65% say they still can’t make a determination.

U.S.-listed companies are required to investigate their supply chain for the presence tin, tantalum, tungsten and gold (commonly known as 3TG in metals circles), under a rule stemming from the 2010 Dodd-Frank Act. The law is meant to choke off mining revenue to militia groups in the Democratic Republic of the Congo and adjacent countries.

As well-meaning as it is, even last year many companies were not able to fully vet their supply chains and have previously said so in their filings.

This year, 10% of Form SD and CMR (conflict minerals) filers were found to be 100% SEC Rule compliant 67% were at or above the 75% compliance threshold. In all, SD & CMR filers averaged a compliance score of 79%, a generally high degree of compliance.

More than 100 companies said or implied they had conflict-free products, Bayer found. His study was advised by Assent Compliance, among others. But only 19 companies, including Intel, Qualcomm, Cree, Hasbro and Texas Instruments, actually underwent an audit for those claims on one or more of their products.