Home | Anti-Dumping | Week-in-Review: The Lighter Side of Administrative Law
Commentary

Week-in-Review: The Lighter Side of Administrative Law

This week, U.S. Steel got its section 337 investigation against 40 — yes 40 — Chinese steel companies reinstated and we got to see the minutiae of just how the International Trade Commission, administrative law judges and the Commerce Department work together. Or, in this case, don’t work together.

To tell this tale we must go to a magical place full of bureaucrats called Washington, D.C., where one in every 12 residents, according to the American Bar Association, is a lawyer. The ITC is an independent, bipartisan, quasi-judicial, federal agency that provides trade expertise to both the legislative and executive branches. 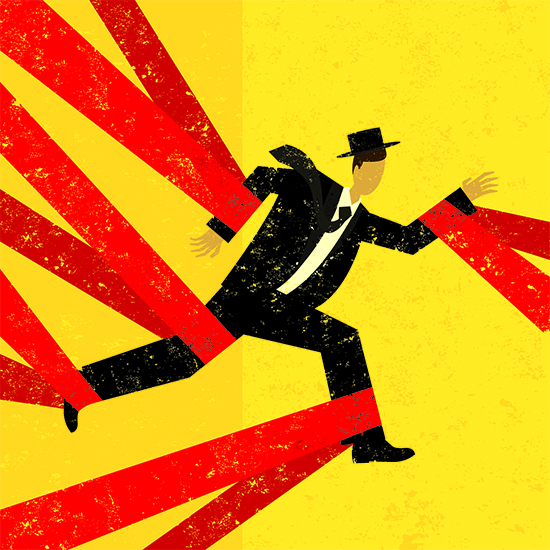 The agency also determines the impact of imports on U.S. industries and directs actions against unfair trade practices, such as subsidies, dumping, patent, trademark, and copyright infringement.

The ITC employs ALJs. Five of them, to be exact. These “finders of fact” adjudicate disputes for the six ITC commissioners, who are appointed by the president and confirmed by congress. The ALJs greatly reduce the workload of the commissioners who only deal with the most serious matters that reach their level. At least in theory, that is.

The Administrative Procedure Act of 1946 (APA) requires that federal ALJs be appointed based on scores achieved in a comprehensive testing procedure, including a four-hour written examination and an oral examination before a panel that includes an Office of Personnel Management representative (we told you there’d be more bureaucrats!), an ABA representative, and a sitting federal ALJ. Despite the name, however, ALJs, are NOT JUDGES. The robes had me fooled, you?

They are, rather, considered part of the executive branch of government and not the judicial as they work for agencies such as the ITC and the Federal Energy Regulator Commission. Boy, could we ever tell you some stories about administrative law and FERC!

For this reason, the Supreme Court has recognized that the role of a federal ALJ is “functionally comparable” to what’s known as an article III judge (article III of the constitution is the article that establishes the judicial branch). The ALJ may issue subpoenas, rule on proffers of evidence, regulate the course of the hearing, and make or recommend decisions. ALJs are limited as they have no power to sanction unless a statute provides such a power. Remember this part later.

Depending upon the agency’s jurisdiction, proceedings may have complex multi-party adjudication which is exactly what happens with the ITC’s judges (remember that Commerce is involved with this dispute, too).

So, with all of these rules of bureaucracy in mind, remember that ALJ Sandra “Dee” Lord, in July, suspended U.S. Steel’s investigation of the 40 Chinese steel companies in question because U.S. Steel was a party to several anti-dumping and countervailing duty petitions filed with the Commerce Department. Lord wrote that U.S. Steel needed to notify Commerce of its 337 petition before filing it, due to the other cases.

Because Commerce was not notified of the investigation, and because elements involving price fixing and transshipment, at least partially, fell under the scope of Commerce’s anti-dumping and countervailing duty investigations, Lord suspended the investigation. Being an ALJ, Lord was only following what’s written in the statute as to what U.S. Steel needed to do to file its 337 action. Remember that part about ALJ’s being limited by the statutes that they rule on? Check out Judge Lord’s impressive list of ALJ postings and previous work as an attorney at her ITC biography page.

This week, those six ITC commissioners who Lord and the other ALJs work for ruled that notification was NOT necessary after all. Even though the statute said it is. ITC rules “do not allow for the suspension of a 337 investigation” simply in order to notify the Commerce Department as required by statute, the commissioners wrote and that elements of U.S. Steel’s case involving allegations of price fixing and transshipment “are, at most only partially related to anti-dumping and countervailing duties.”

So, notification is required but you can’t necessarily suspend an investigation simply because other agencies weren’t notified. We’re in the weeds now.

Maybe this is why everything that involves our federal bureaucracy takes so long and is so expensive. Here we have a petition for redress of grievances filed by U.S. Steel’s lawyers as a lawsuit, rejected by an executive quasi-judge — supposedly acting on behalf of appointed executive commissioners — then OVERTURNED by those same commissioners. Any underlying question of which venue is correct for transshipments and dumping questions, Commerce or the ITC, have not really been resolved at all as the commissioners, themselves, ruled the other investigations were only “partially related” to U.S. Steel’s 337 application, which focused on hacking and theft of intellectual property as well.

Good luck to the next ALJ that tries to figure out what is and is not “partially related” to the next 337 investigation.

p.s. Bureaucrats are people, too.