Copper prices have been on the decline this summer, depressed by reports of oversupply and, worse, an exodus of inventory from top consumer China.

Indeed, we recently wrote about the rise of metal coming out of Shanghai bonded warehouses ending up in London Metal Exchange stocks around Southeast Asia, leading to a 60% increase in LME stocks last month.

Why Are Exports Slowing?

We speculated this was probably a result of slowing domestic demand and unwinding of financing deals. But a recent Reuters article reports that exports have slowed and imports of refined copper have picked up in China after the price plunged to 12-month lows last month.

Reuters suggests this is due to price declines taking copper into territory where investors once again feel it is oversold and, on the back of a pick-up in demand after the summer, ripe for restocking. 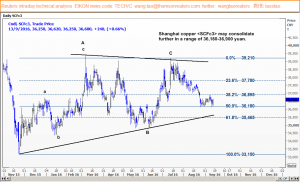 The article states a flood of new supply will still prove too much for the copper price and 2017 will see prices remain under pressure.

Reuters may well be right, but Chinese exports were a contributing factor in recent declines and a reverse could lend support for prices, if not to rise then to stabilize around current levels, at least for the second half of 2016.

What Does This Mean for Copper Prices?

CRU appears to agree saying slowing demand in the second half compared to the first half will carry through in to 2017 but that prices could rise from current sub $4,600 to average $4,700 in Q4, before weakening again next year to $4,500.

Local prices in China are still below global prices, meaning traders take a loss when they import metal, so a rise in imports is certainly a positive price signal. China, while remaining a net importer, is becoming a significant producer, refining metal from concentrate.

Chinese demand also remains the chief determinant of prices, but even China — consumer of half the world’s supply — will struggle to overcome the surplus of supply next year. With little evidence to suggest Chinese demand is going pick up dramatically CRU are probably right that even if prices pick up a little in Q4 we are set for further weakness next year.