Home | Exports | What Trump Trade Talk Should Focus On: Our Charts of the Week
Commentary

What Trump Trade Talk Should Focus On: Our Charts of the Week

Let’s set aside Donald Trump’s one-track talk on China as a currency manipulator for just a sec, and focus on a slightly less understood, and arguably bigger, issue — the role of Chinese state subsidies and state-owned enterprises.

Using the steel industry as an example: 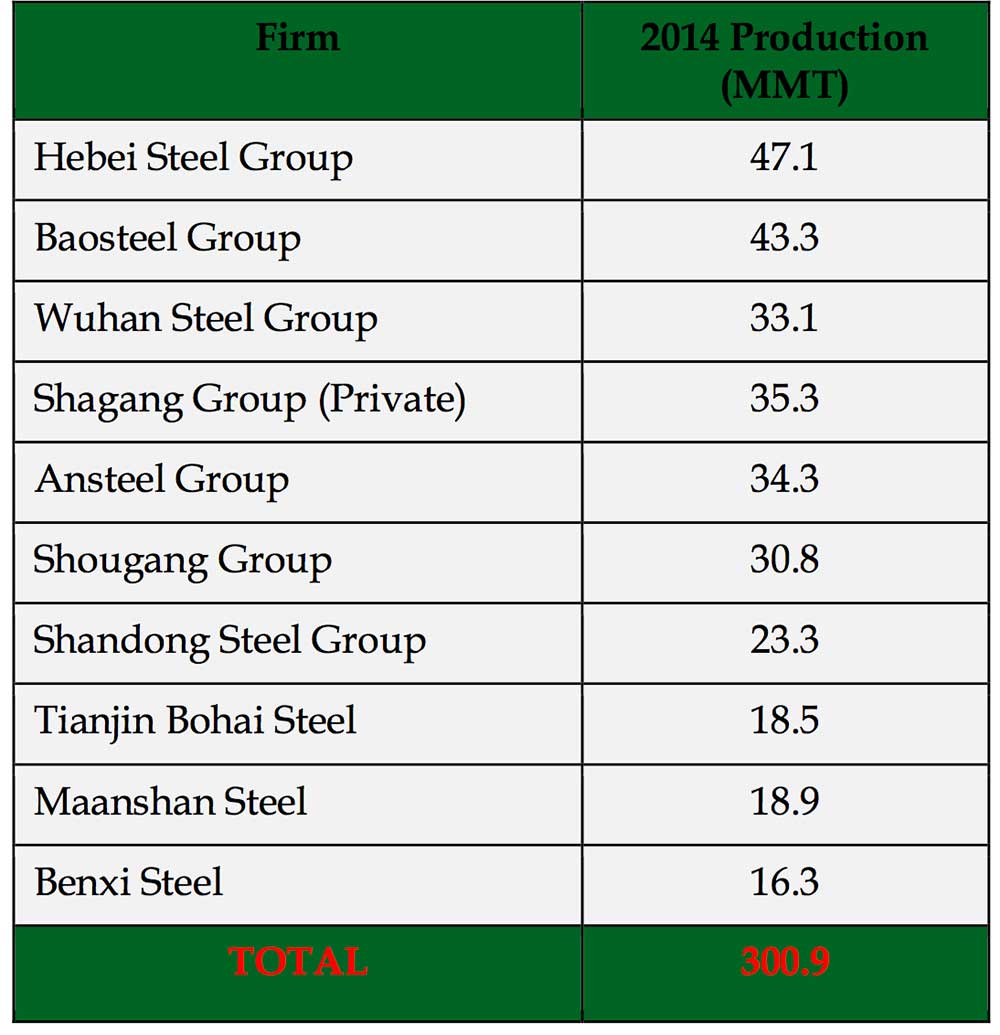 With the exception of Shagang Group, China’s biggest steel companies are owned — therefore subsidized and otherwise supported — by Beijing. Courtesy of the American Iron and Steel Institute (AISI).

Because nine of the top 10 steel companies in China are SOEs, which get special support (read about it in our new project, “China vs. the World,” here) — it ultimately spurs trends like these: 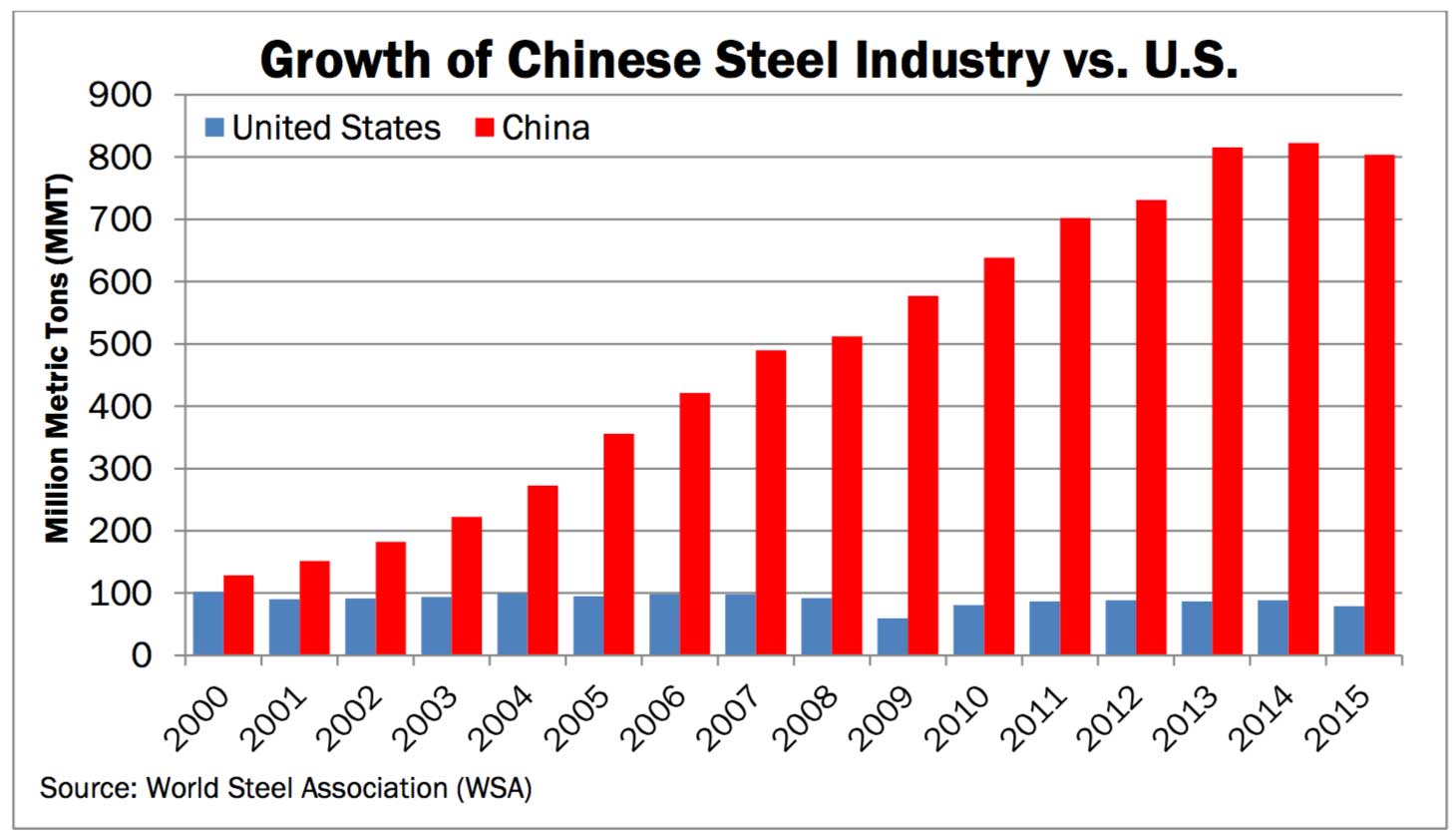 Almost immediately after China joined the WTO in 2001, the country’s steel industry began its exponential rise. Courtesy of AISI. 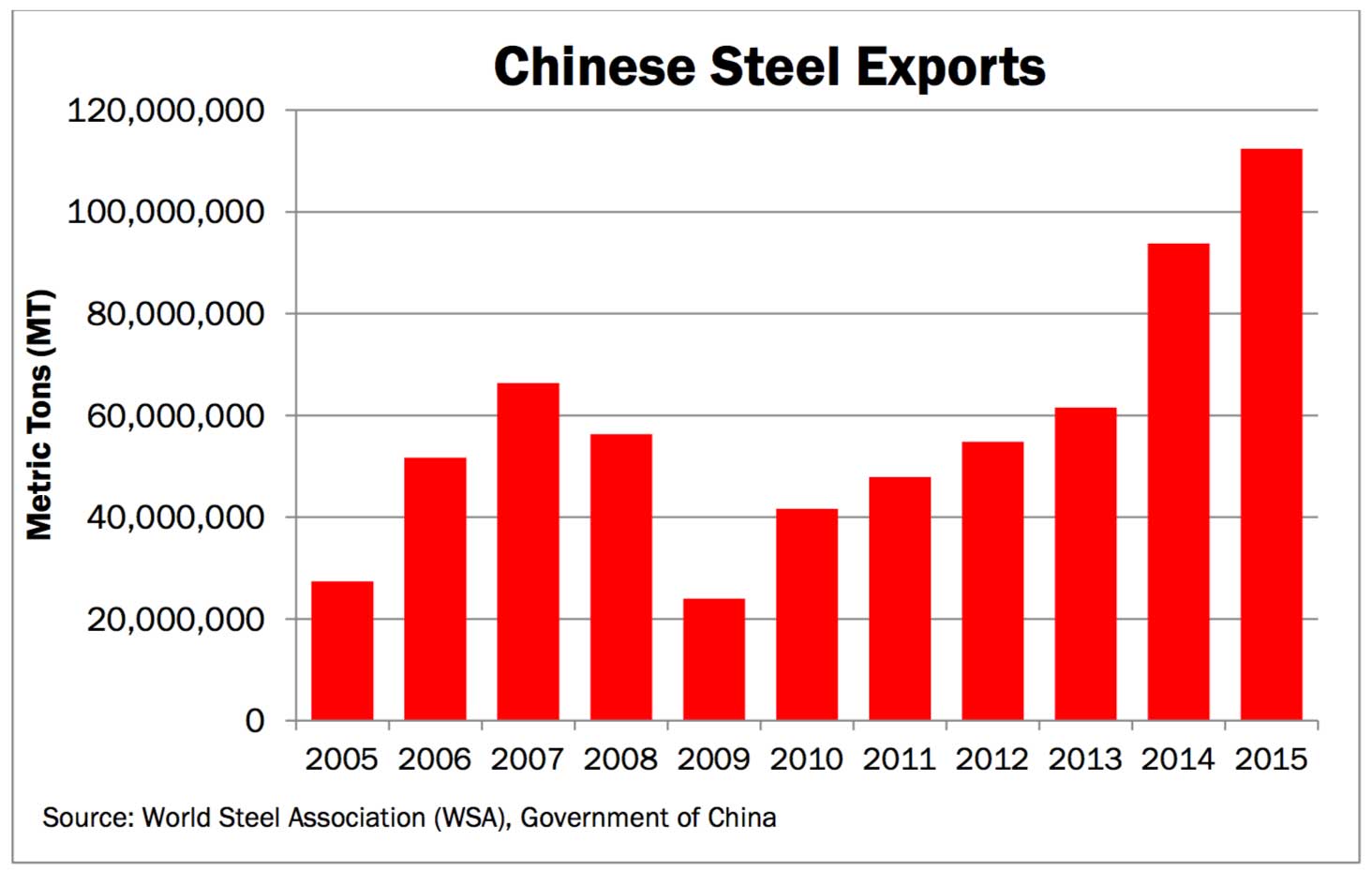 The Great Recession nipped Chinese exports a bit, but state-owned enterprises continued to be incentivized to produce by the Chinese government while domestic growth stagnated within the last few years, leading to a flood of Chinese steel being pushed outside the country’s borders. Courtesy of AISI.

A Special MetalMiner Project: Learn why China getting market economy status may just be the biggest trade issue of our time – and how it impacts the U.S. steel industry – in “China vs. the World.“

PREVIOUS POST:
Copper, Yes Copper, Has Been Doing Surprisingly Well
NEXT POST:
Reshoring Initiative Has a Roadmap for American Manufacturing