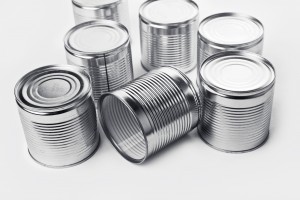 Tin cans. Cans are used for packing all sorts of goods – conserved food, chemical products such as paint, etc

Tin prices saw a boost this week due in part to reduced output from Myanmar, a key producer of the metal.

According to a report from Reuters, other base metals including zinc, also climbed this week due in part to a weaker dollar and strong credit data from key consumer China.

It’s also worth noting that tin was the top performer on the London Metal Exchange Tuesday this week following reporting from senior mine officials in Myanmar, China’s top supplier of ore, that production at key operations was falling drastically and deposits could be depleted in the next several years.

Earlier this month, our own Raul de Frutos wrote that industrial metals rose in the first half of the year, then subsided in Q3, but momentum is beginning to tick back up.

“The industrial metals exchange-traded fund, which tracks the performance of four base metals, recently hit a 14-month high,” de Frutos wrote. “This is important because when money is flowing into the industrial metals complex, every metal gets a tailwind. Recently, we witnessed particularly strong momentum in lead, zinc and tin.”

How will tin and base metals fare for the remainder of 2016 and into 2017? You can find a more in-depth copper price forecast and outlook in our brand new Monthly Metal Buying Outlook report. For a short- and long-term buying strategy with specific price thresholds: