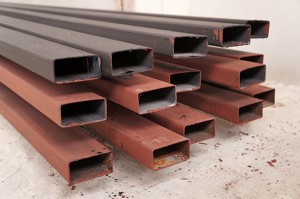 According to a report from Bloomberg Markets, POSCO‘s earnings jump can be attributed to China’s property and infrastructure boom, as well as an earnings increase in additional Asian mills. The net result is that Moody’s Investors Service revised the former Pohang Iron & Steel Corporation’s ratings outlook from negative to stable.

Writes Heesu Lee for Bloomberg: “Net income, excluding minority interests, was 539.3 billion won ($476 million) in the three months through September, after a 550 billion won loss a year earlier, the Pohang-based company said in a statement Wednesday. Analysts expected profit of 587.4 billion, based on estimates compiled by Bloomberg. Operating income beat expectations and was the highest since 2012.”

Bloomberg stated that steel prices have grown more than 40% so far this year, an impressive rally following five years of losses.

Our own Raul de Frutos wrote this week the price spread between U.S. and Chinese steel prices is now at normal levels with the U.S. price corrected and Chinese prices holding. This comes after the summer months when the price arbitrage between the two nations was significant.

de Frutos wrote: “(The price arbitrage was) Well above historical levels. Two months ago we predicted that this unprecedented price arbitrage wouldn’t last, since enough holes existed in the anti-dumping duties to allow material to reach U.S. shores.”

How will steel and base metals fare for the remainder of 2016 and into 2017? You can find a more in-depth copper price forecast and outlook in our brand new Monthly Metal Buying Outlook report. For a short- and long-term buying strategy with specific price thresholds: