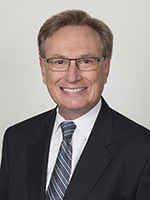 Jeff Yoders: President-elect Trump’s trade policy has looked protectionist on the campaign trail. What will that mean for U.S. trade?

Alan Price: The Administration of President-Elect Donald J. Trump may result in aggressive action on international trade issues, especially against China. Some companies will agree with such measures, and some will disagree.

With the election of Trump, ratification of the Trans-Pacific Partnership (TPP) is now unlikely in the short or medium term.

On China, Trump will look at potential currency manipulation, and will look to increase tariffs on China, potentially using our national security laws.

JY: What about immigration and the wall Trump has promised along the southern border between the U.S. and Mexico? And trade within the hemisphere?

AP: Regardless of the “wall” that Trump has promised to build between the U.S. and Mexico, he will try to renegotiate portions of the North American Free Trade Agreement (NAFTA)—and possibly other trade deals.

The Trump Administration should be favorable for new trade remedy cases, especially against China, and may even self-initiate cases in some circumstances.

JY: When it comes to domestic trade, Trump has promised to punish U.S. companies that outsource jobs. How would that even work?

AP: Trump’s trade agenda may include efforts to “retaliate” (through taxes, etc.) against U.S. companies that move operations abroad. His administration may also reexamine the role of the U.S. in the World Trade Organization (WTO), especially with respect to dispute resolution. There is great concern about U.S. laws being challenged and overturned by adverse WTO rulings, in areas where the U.S. never agreed to give up its economic sovereignty.