Home | Anti-Dumping | They Took Our Jobs! Is Globalization Really to Blame for Job Losses?
Commentary

They Took Our Jobs! Is Globalization Really to Blame for Job Losses?

There has been a long running debate about the loss of American manufacturing jobs over the last decade. Blame for job losses is largely laid at the door of globalization, specifically China.

The rhetoric was ramped up in the recent presidential election campaign when both candidates came out firmly against more globalization but Donald Trump in particular, strongly criticized China for stealing American jobs and vowed to return those jobs to the U.S., has placed the issue even more sharply under the spotlight. 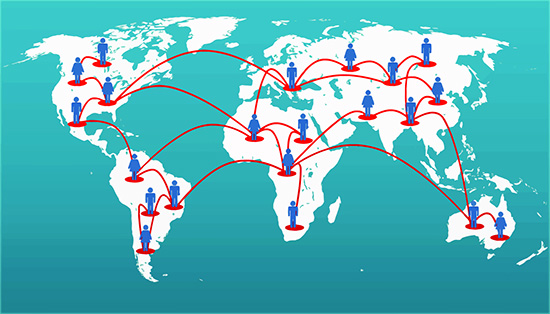 Is globalization really the culprit for moving jobs from the U.S. to elsewhere? Or is it merely automation and efficiency? Source: Adobe Stock/Ruiponche.

Certainly, jobs have been lost because of offshoring, but recent research suggests the extent may have been overestimated. Michael Hicks, a professor of economics at Ball State University in Muncie, Indiana, is quoted in a Financial Times article saying he could show that just 13% of the estimated 5.6 million job losses from U.S. manufacturing during 2000-10 were caused by international trade, while the rest came from that holy grail of economic progress, rising productivity!

Why Are Jobs Moving?

True, the effects have been disproportionate. Some industries have been hit hard, some hardly at all. Labor-intensive sectors relying on lower pay grades were hit much harder by international trade, Professor Hicks believes. About 40% of the job losses in the furniture industry and 45% in clothing were caused by shifts in trade, he estimated. Low wages in Asia were undoubtedly the main draw but labor costs in China have been rising rapidly of late and even China is now losing jobs to places like Vietnam and Bangladesh.

In recent years jobs have come back to the U.S. though, so called “reshoring” has been a result not just of a desire by firms to be closer to their markets, to shorten supply chains, or to regain greater quality control but even more it has been a result of lowered costs of production in the U.S.

This hasn’t been achieved by supressing wage rates, largely it has been achieved by automation. Even firms that are not subject to massive import pressure like automotive have invested heavily in automation simply to compete against other domestic producers. The FT uses General Motors as an example. The company’s Tonawanda engine plant on the north side of Buffalo near Niagara Falls is running flat out, working three shifts a day from Sunday night to Saturday making engines for vehicles including Chevrolet’s Suburban and Tahoe sport utility vehicles… but employment is lower now than 10 years ago, even though output is up.

So what are we to make of this, the trend toward automation allows not just U.S. but European and, ironically, increasingly Chinese firms to compete on the world stage, but the very process also destroys jobs.

The End of Single-Industry Small Communities?

While globalization has without doubt had a severe impact on some communities where clusters of lower wage, more repetitive or lower skilled labor is required it would seem efforts by firms to produce more with less have had an even greater impact. Are we, not just in the U.S. but in the West in general, to hinder that drive to improve productivity simply to protect jobs?

No, clearly that would be suicidal in the long term. Certainly, we should be ensuring that foreign competitors play by the same rules, if jobs are lost because a competitor is subsidized or state-supported that is a different matter from the domestic cost of living and legal redress does exist to counter that — although it tends to be costly and carry a significant workload such that lobbying for anti-dumping cases is generally pursued only by major corporations or industry associations.

The answer, like the problem of job losses, is unlikely to be a simple one. Education and training provide a more skilled workforce in the medium to long term, but improvements to education are a decades long endeavor. Not surprisingly, they are therefore put to the back of the queue by politicians looking for a quick fix.

Greater automation may, ironically, be the answer. Even as some jobs are lost to machines, those that remain —or better still those that are created — are better paid and tend to be in firms that can compete on the world stage (the above subsidies, etc., notwithstanding). The GM plant discussed above is a prime example. Employment is back to 1,700 from a low of 900 around the time of GM’s bailout. Not that those 2,100 jobs existed back in the first half of the last decade, but GM is now a profitable company and the plant is competing effectively against Mexico and China, it has a strong future and so do those jobs.

As a means to greater profitability through lowering wage costs, offshoring has had its day, but we still have a challenge ahead to integrate a more automated manufacturing world into our expectations of the employment the industry, as a whole, will provide.